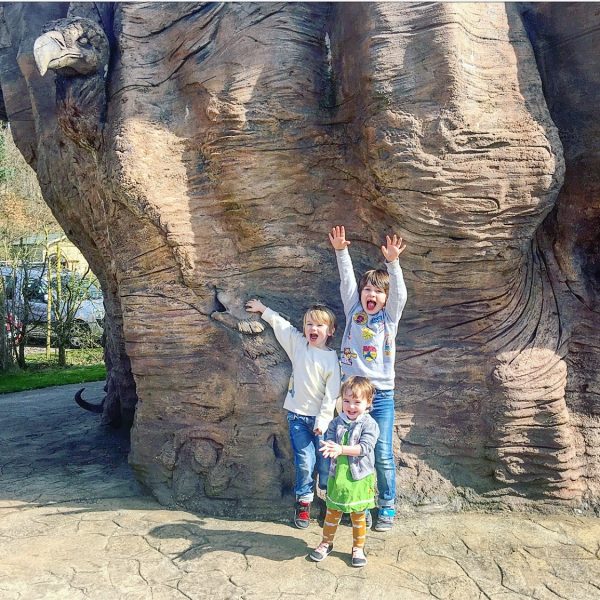 A few weekends ago we took a trip down south (bitterly disappointed in those of you that didn’t say that in the most exaggerated southern accent you could) to Wiltshire. We were asked to by Visit Wiltshire if we would like to come on down and have a look at what they had to offer, so naturally we said yes. Wiltshire is roughly 5hours drive from our town of Malton, so it was a trek, but one that we have talked about taking with the kids for a time so that we could take them to Longleat Safari Park. In case you didn’t know, Longleat was the original safari park in England and has been hailed as the best by holiday makers and zoologists alike. It is even the home of the BBC TV show, a mansion sharing its grounds with the world’s most exotic animals.

I’m jumping a bit ahead of myself! Let’s start at the beginning shall we – always a good place to start. 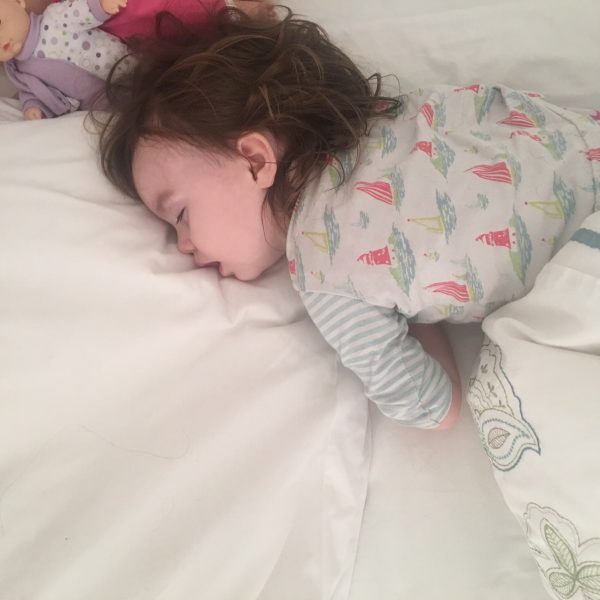 We drove down from Yorkshire, which took us roughly around 5.5 hours with a stop so we made really good time and I can honestly say tat all three children were stars. We have a few tips for long haul travel journeys in the car, which I’ve popped down here:

Once we arrive, we were met by the owner of the cottages we were staying in, Manor Farm cottages, who was absolutely lovely. Not only did she show us around, but she had gone to the trouble of securing breakfast cereals for us, milk and even fruit. The finishing touch (and what sealed her as one of my favourite people ever!) was a bottle of Merlot sat on the side because we’d had a long journey and deserved a treat. Legend. The cottage itself was absolutely lovely – it’s becoming a bit of the a thing for me now to want to stay in apartments or cottages instead of hotel rooms. I love the luxury of a hotel room, but when I’m alone or just with Adam. Having an actual house or even just that second room is invaluable to be able to get some adult time on the holiday. The kitchen was genuinely fully equipped, filled with pretty much everything we could need and the bedrooms were spacious and oh-so-comfy. The best part? 20-25mins from Sailsbury, 15mins from Shaftsbury and just around the corner from Tisbury, which is where the castle we were visiting is! 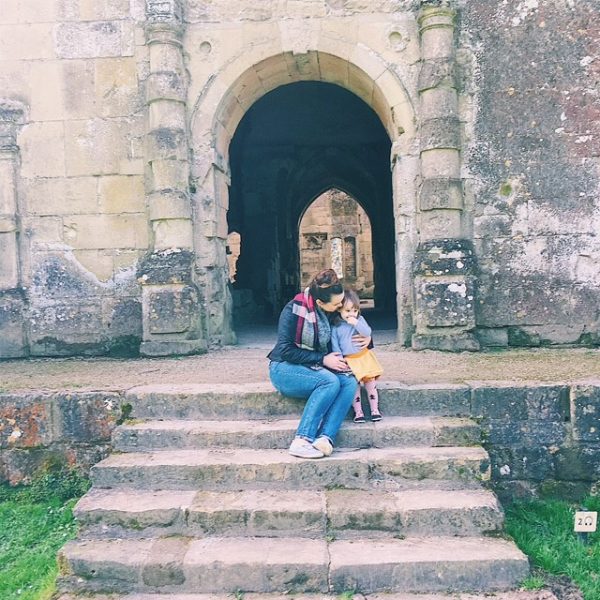 After a genuinely good night’s sleep (seriously, Edith slept. through. I’ll just let that sink in for those of you that read the blog…) we got up bright and early to head to Longleat Safari Park, one of Wiltshire’s best known attractions. I spoke to a few followers on instagram all of who said to get there early, do the safari first and then go for lunch after – boy were they right! As we were leaving the safari the queues were madness, and it takes a time to get round anyway, so I would 100% suggest following that pattern of safari first (with snacks in the car – for you not the lions, unless you’re really not keen on the kids) and lunch, plus the rest of the park later. I can honestly say that if you want to do the house too, plan to go across two days. We arrived shortly after 10am and left shortly before closing at 5pm and we STILL didn’t get to see the whole park, let alone set foot in the house. 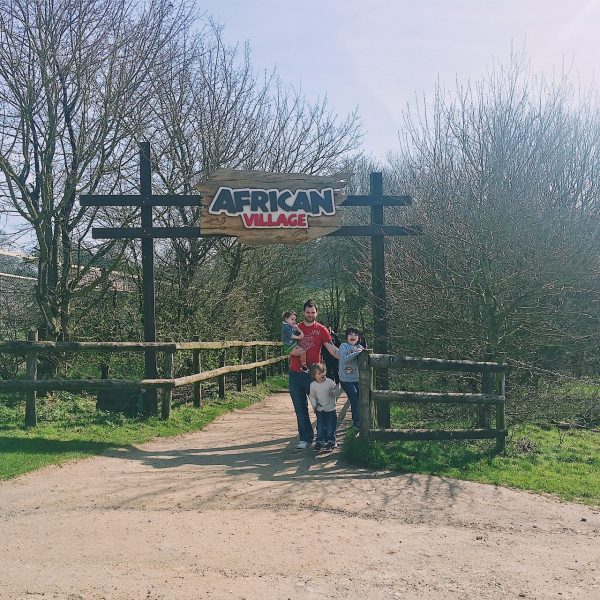 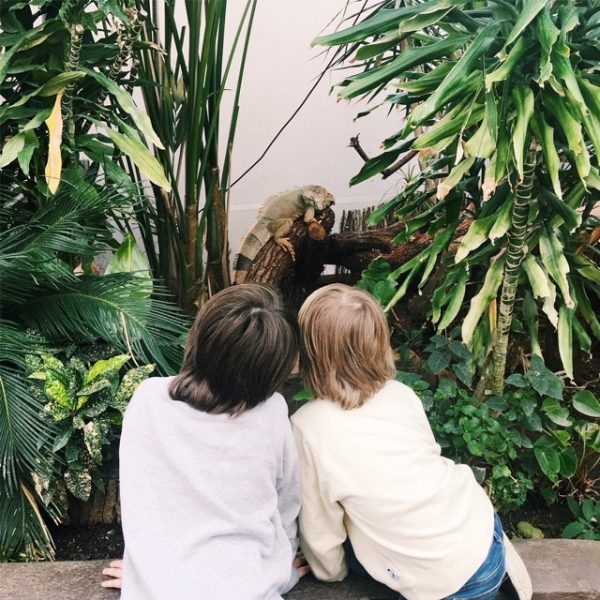 The safari itself is magnificent, honestly and truly. We were a little disappointed the Anne the Elephant was hiding in her home – and I was gutted that the rhinos weren’t out and about, but the kids loved seeing the animals. Toby fast declarers that his favourite was the wolves (which he spent a significant amount of time howling at, whereas Reuben loved the cheetahs. I think there is something to be said for knowing that you are driving right past these majestic creatures, and there is no barrier like in a zoo. Your barrier is your car! I was especially enthralled by the jungle cruise – which is WELL worth queuing up for, honestly, don’t miss it! Not only do the Sea Lions follow your boat and you can feed them, but the river contains some of the world’s most dangerous animals: the hippo. I’ve always loved hippos so this was such a treat for me to be able to see them “unclose” and in their “natural” environment – no cage, just enjoying life. The jungle cruise is also the only to see the Gorillas, so it is well worth it. 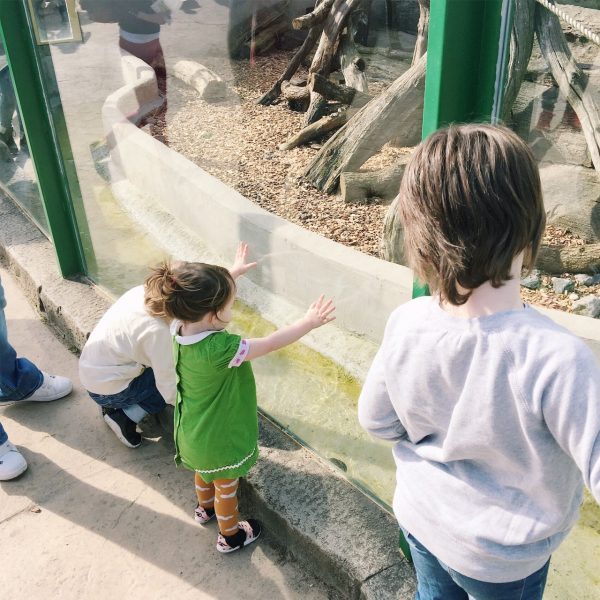 After we’d done the jungle cruise we enjoyed the rest of the park – from interactive centres where Toby held a snake to a fantastic soft play area and adventure playground that Reuben thought was amazing. We did have lunch in the cafe and I have to confess that I was pleasantly surprised after a few followers had warned me against trying the food. There was mention of a fantastic tea rooms not far from the park itself and the BEST fish and chip shop in the local area just outside – so if you don’t want to eat on site then don’t feel like you’re obliged to! I really couldn’t sing the praises of Longleat enough – and as I said we didn’t get to see all of it.

We decided to make the use of our kitchen back at the holiday cottage, instead of eating out as it was getting late and the kids really were totally exhausted. I mean, so were we but the kids were FLAT OUT exhausted. We went into the local supermarket and grabbed a really simple ready meal for the kids and a chinese banquet for us (not forgetting a second bottle of wine) and headed home. Food and bed was the order of the night, ready for the next adventure tomorrow. I think one thing I can say was that sleeping in a proper “bed” for Edith was a god send because she was so cosy and comfy, she literally just went to sleep and stayed asleep for most of the night. The boys shared a bunk bed, so they were the same as at home and couldn’t have been happier.

Roll on Sunday and while I sorted out breakfast the boys played in the garden (there was a sweet like Wendy house just off the kitchen) running in excitedly when a massive hare shot across the garden. Idyllic doesn’t quite cover it. 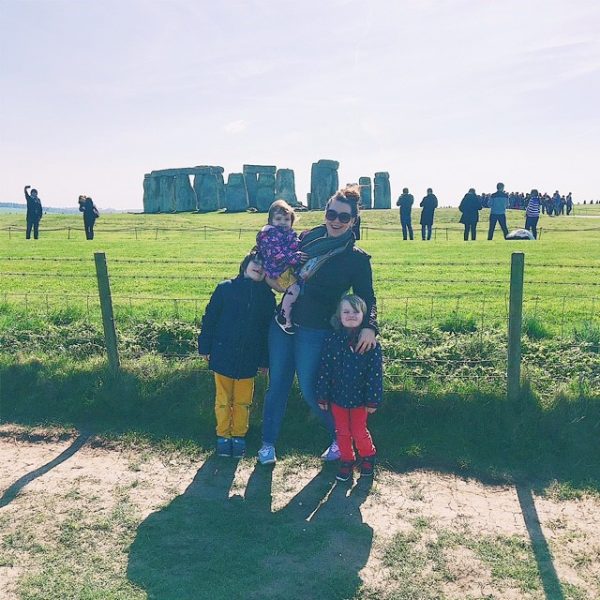 After breakfast we took a 10 minute journey to Wardour Castle, which you can read about here. I was astounded by the beautiful grounds, a true walkers paradise, beautiful and a perfect picnic haven. I really couldn’t love the place more if I tried – in fact it is the exact type of place that I would have loved to get married in! 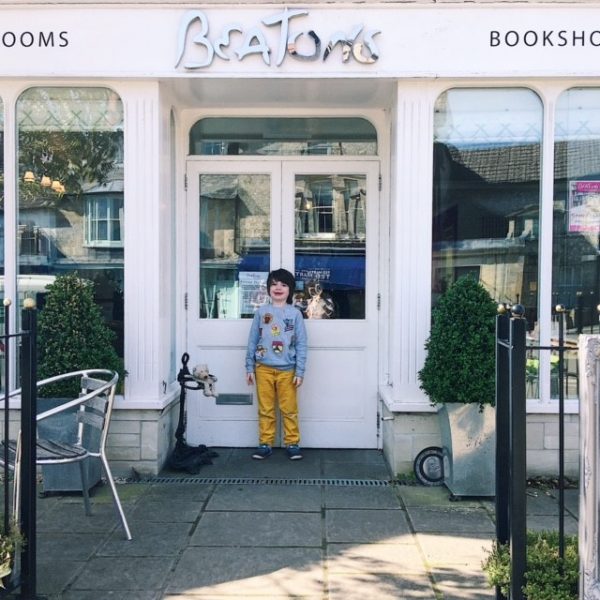 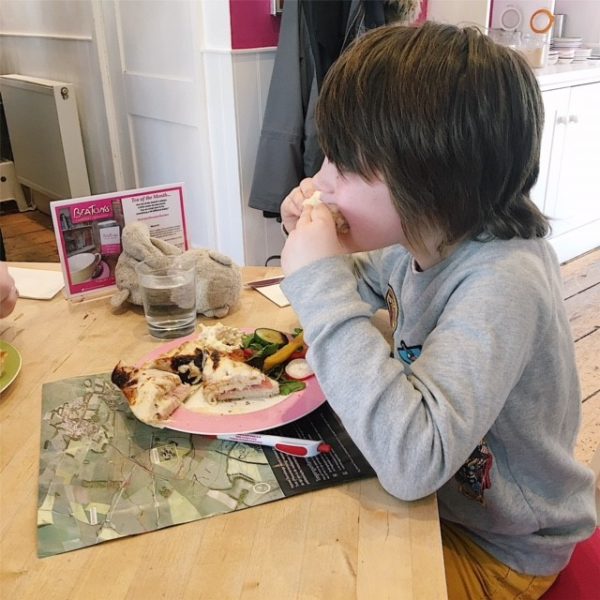 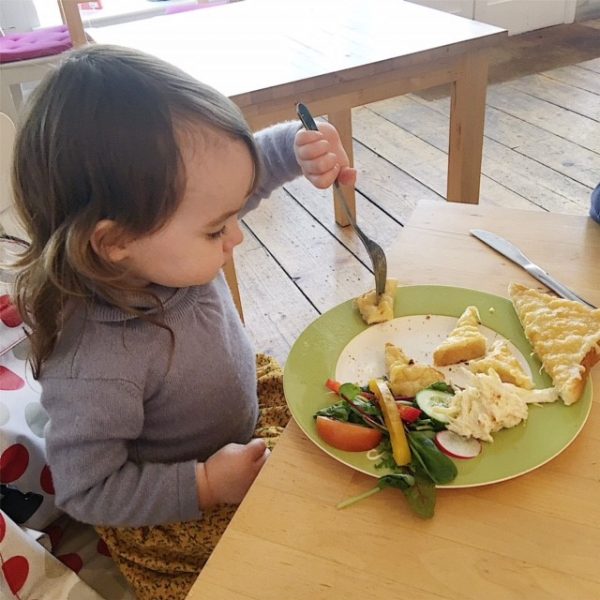 After our morning exploring the castle and pretending to hear the Parliamentarian’s attacking the Royalist strong hold, we headed into Tisbury for lunch at Beaton’s tea room. Now, far be it for me to make sure an outlandish claim when I admittedly haven’t tried every soda in the world, but I’m still going to make it: the “Alex” soda is the best soda EVER! Just try one. Our meals were delicious and their cakes looked sublime, the only negative was from Edith Rose who decided that things were not going her way and shoved over her brother’s milkshake (the milkshakes were also insanely good – thought perhaps a children’s size offering would have been an idea as they were HUGE!). Lastly, for a menu recommendation, I couldn’t sing the praises of the Croque Monsieur highly enough – it was delectable and both boys devoured theirs!