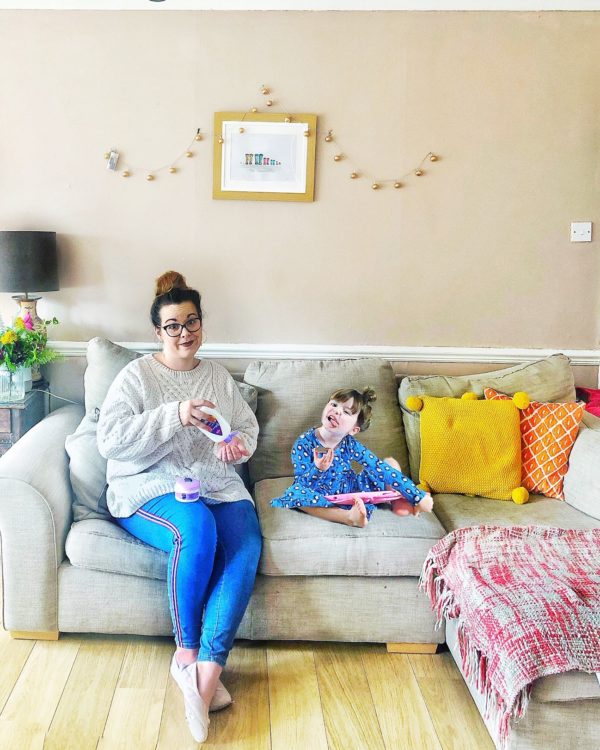 Let’s have  wee chat about ear piercings in children shall we?

Recently, Miss Edith declared that she wanted her ears pierced, it was a decision she – in all her infinite wisdom at the grand old age of 3 – had made and she would NOT be swayed. It was happening and I needed to take her to do it. Setting about finding her “dream earrings”, she took to YouTube and started watching videos of little girls with their perfect pretty pink earrings, further reinforcing her point that she could get her ears pierced because Parker from Life with the Yagers has them dammit (she didn’t add the dammit but you get the vibe).

Anyway, as with the majority of my important life decisions, I took to Instagram to have a chat about ear piercing and what to do because what else would a millennial parental type do? Let me tell you, it was a revealing 24hrs, from “you have waited too long, it’s best when they are born to 6 months” all the way to “absolutely not before the teens.” Who would have thought that asking a huge group of people for a definitive answer on a controversial topic could reveal such difference answers… *insert sarcastic smiley face here*

Ultimately, I guess I just didn’t think of it as a controversial topic initially, I wasn’t asking for guidance with my moral compass, or advice on parenting, the question I actually posed was are any piercers following me and what age would they recommend ear piercing from. I was roughly about 7 years old when I had mine done (mum swears I was more 9, so perhaps I was older…) and apparently this is the most common time to see ear piercings in little girls, as well as the most common time to see infections according to multiple teachers who messaged me to claim they hated seeing kids with piercings because they could almost guarantee that they would be placing a call to the parents by the end of the week for infected ears. Lots of piercers from Spain/Latin America got in touch to let me know that their experience was the younger the better and that Edith was probably a little bit old now. They rarely saw infections in babies/toddlers but that they would almost always see children back for re-piercing as the piercing had become infected. English piercers got in touch to tell me that they wouldn’t pierce children under 8 in their salons, even with the parents permission as they just felt it was unethical. The split, even across the professional board, was really interesting and there was a lot of passionate responses.

I’m very much a “you do you” kind of person, but I guess the issue with piercing a child’s ear is that it’s not really you doing YOU, it’s you making a life decision for another human being who may or may not have asked for it. Before you click away, I’m also shying away from the raging “It’s unethical, it’s abuse” crowd because, well, don’t we make these decisions every day for our child that could be life altering and strips away their choice? Decisions that could have a fundamental impact on their health, both mental and physical.

Edith asked for her ears to be pierced, so had we decided to say yes then it wouldn’t have breached any ethical rules for those who believe that it is, in fact, abusive to cosmetically alter a baby without his or her permission, however it would still fall under allowing a child who really can’t understand the consequences of a piercing, to alter themselves in a way that would either scar them or leave them with a permanent hole in their bod. For us, it doesn’t sit right to assume that another person will want their ears pierced at any point in their life, it isn’t a given, it isn’t something that they will one day have to do anyway so we are getting it out of the way for them when they are at lower risk or when they won’t mess about and give themselves infections. I have several friends who have never had any desire to pierce their ears, it’s just not something that they wanted to do. What if their parents had made that decision for them? Surely that would be a grave misstep on their behalf. I also know a lot of parents who have already made the decision and pierced their child’s ears when they are teeny tiny, and whilst their children are absolutely not worse off for it and they 100% are NOT abusive parents, I do have to question if they stopped to consider whether their child would want their ears pierced and if not, what right they had to take that decision away.

Presumably they would consider it the same right that all parents exercise on a daily basis. The right to choose how to raise and care for their child. Take for example how we feed our children, what if they become vegetarians? What if you are raising your child with a certain religious belief, but they decide that they are agnostic or atheist? How many people grow up and shun something or other that their parents hold dear or that their parents do?

I think it’s a little bit harsh to fling around terms like abusive – is piercing a child’s ears before they can ask for it something I agree with? No. Is it something that should probably have a legal age limit? I think so, but it’s not something that I would make an effort to campaign for. When it comes down to it though, it is an individual parental decision at the moment and by all accounts, no one really knows the right answer, varying so wildly depending on which country you are from.

Who knows! For now, she’s changed her mind and I’m happy with that, I would prefer she waited until she is older and as her parent, the one who has to take care of her, I do believe I have a reasonable degree of control over her decisions (all this free choice for kids tends to lead to a whole heap of HELL NO in my eyes). The advice from the pros really seems to be wait (or that we have missed the opening), so wait we will. In the meantime, she will just have to keep on youtube ogling the much desired “pretties” and make do with her Claire’s stick ons.

What are your thoughts?