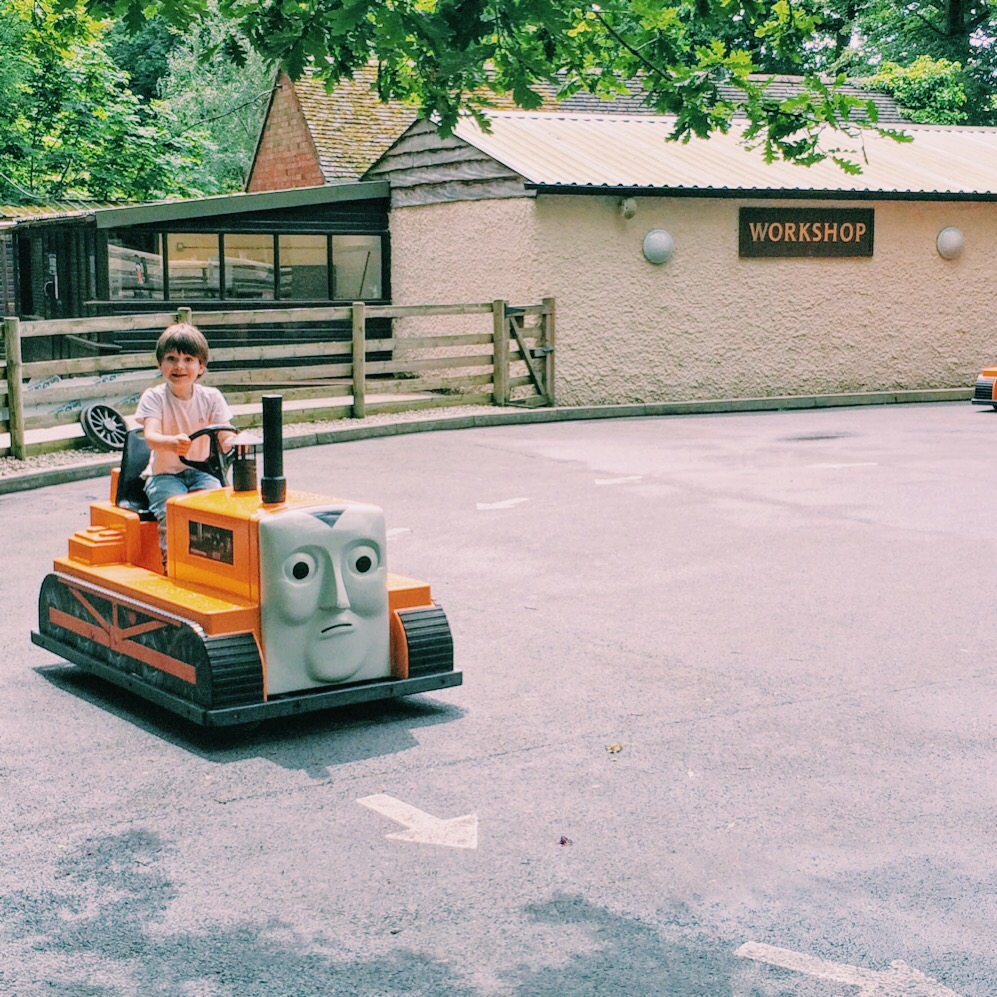 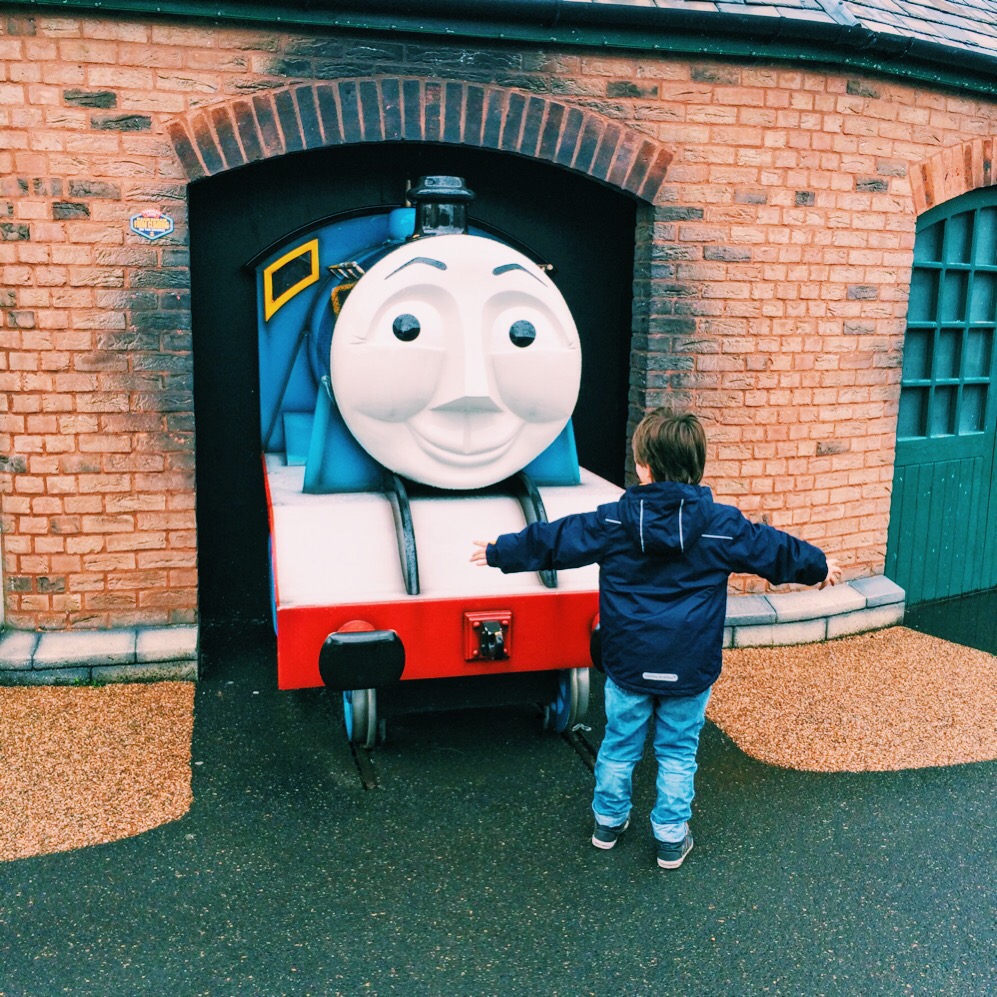 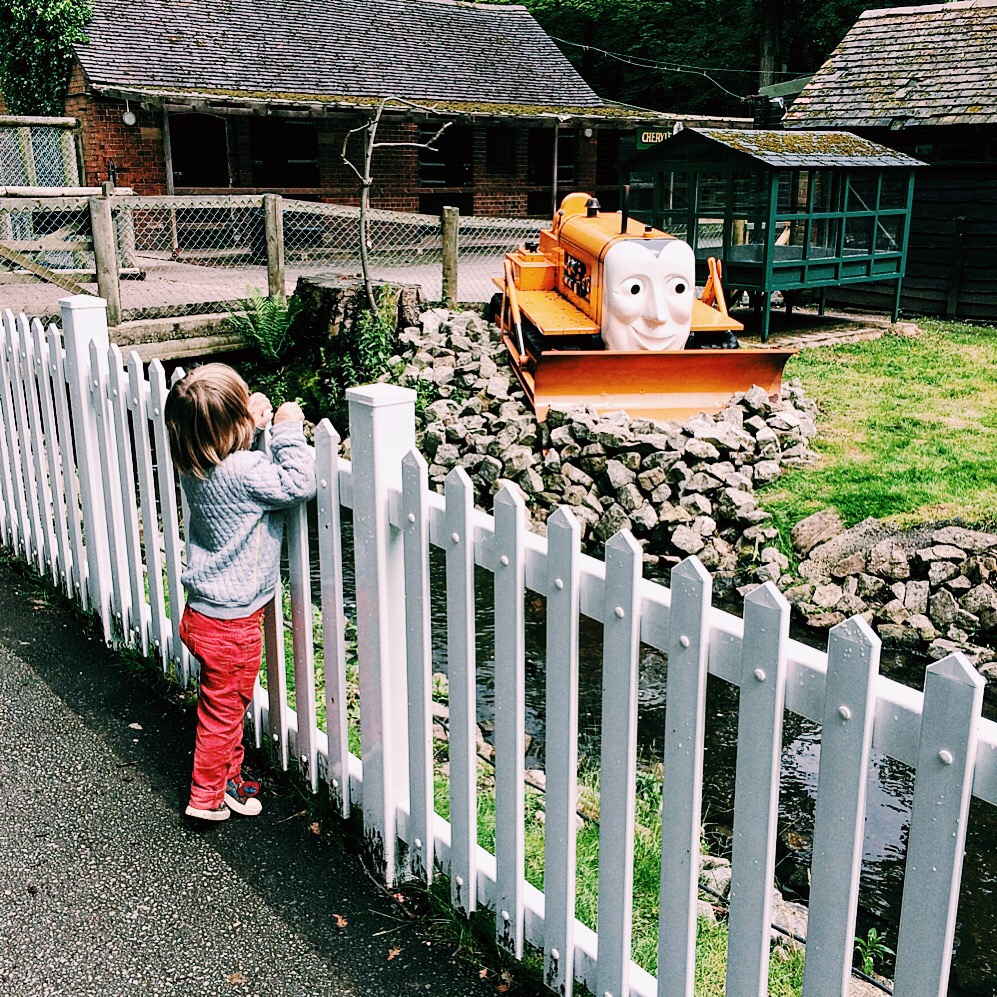 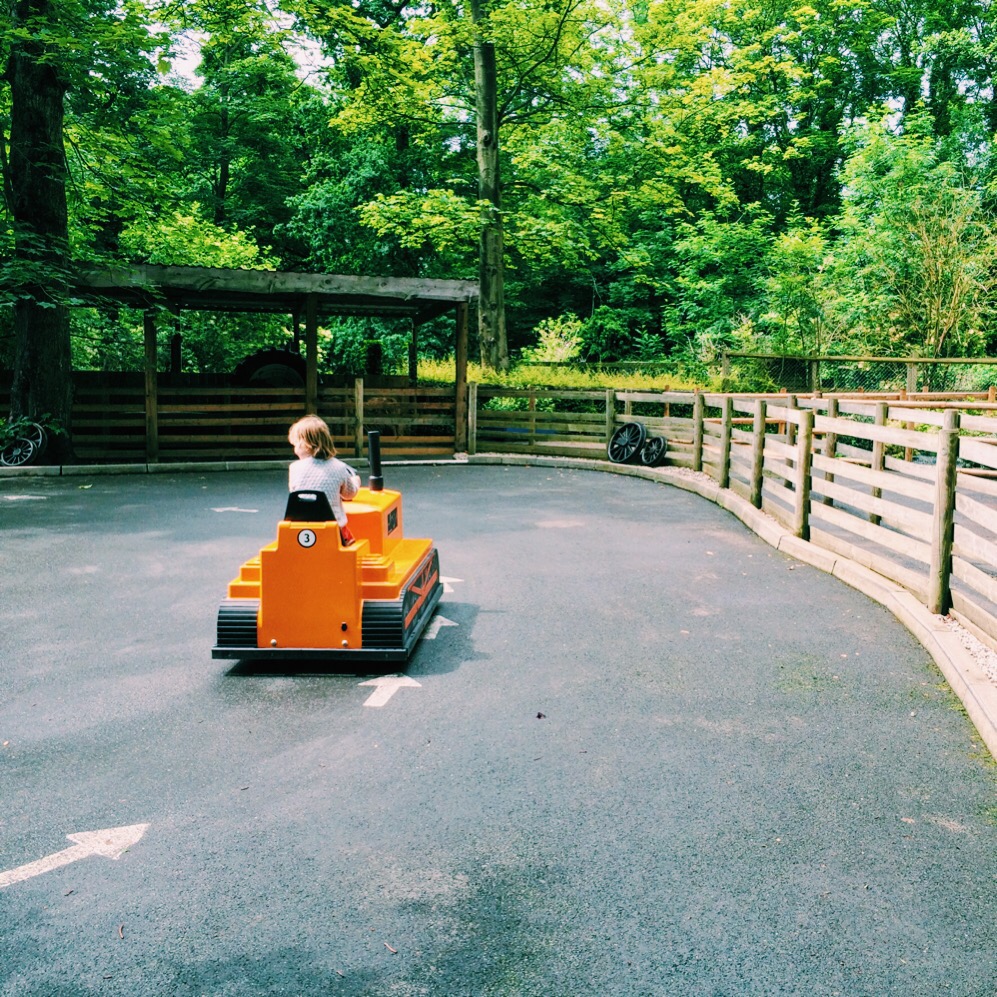 A couple of weeks ago we visited Drayton Manor in Tamworth. The boys have been begging and begging for months to go back, but to be completely honest, I’ve been telling them no because we are saving for our big trip to DisneyWorld. They can’t have it all, which is something that both frustrates and perplexes them… money grows on trees, right?

Anyhoo, we finally caved and I organised for a day off school for Reuben to have a surprise trip. Why I hear you cry? Well, the last time we visited it was both the school holidays AND a weekend – never again. It was so busy that you couldn’t move and there is no option to buy a fast pass for Thomasland, so we spent over an hour queing for a 2.4min ride. Not. Cool. Says the lady going to DisneyWorld where 4 hour queues are common… Anyway, for this type of day trip, I would recommend going during school term time and definitely mid week, there were no queues, no hassle and it was generally quiet and easy to navigate with a child, toddler and baby in a HUGE pushchair.

To further on that point, recommend Drayton Manor and Thomasland I most certainly would! There really are very few places with something for everyone – our very own theme park Flamingo Land, which is literally biking distance from our house, has a few rides for smaller kids and a fabulous zoo, but nothing to equal Drayton Manor for it’s entertainment for the under 10s. I feel like this is the type of place I will be able to take my children for years and years to come, somewhere my husband and I could visit with our mates instead of our kids and not feel like we are being thrown the questioning eye as to why we are there.

Thomasland is obviously the huge attraction for my boys, there obsession runs almost as deep as mine with wine and cake. They are 5 and 3 now so for them the fantasy and reality is still combined, the excitement clear on their rosy cheeks when they see Thomas, Percy and the gang. 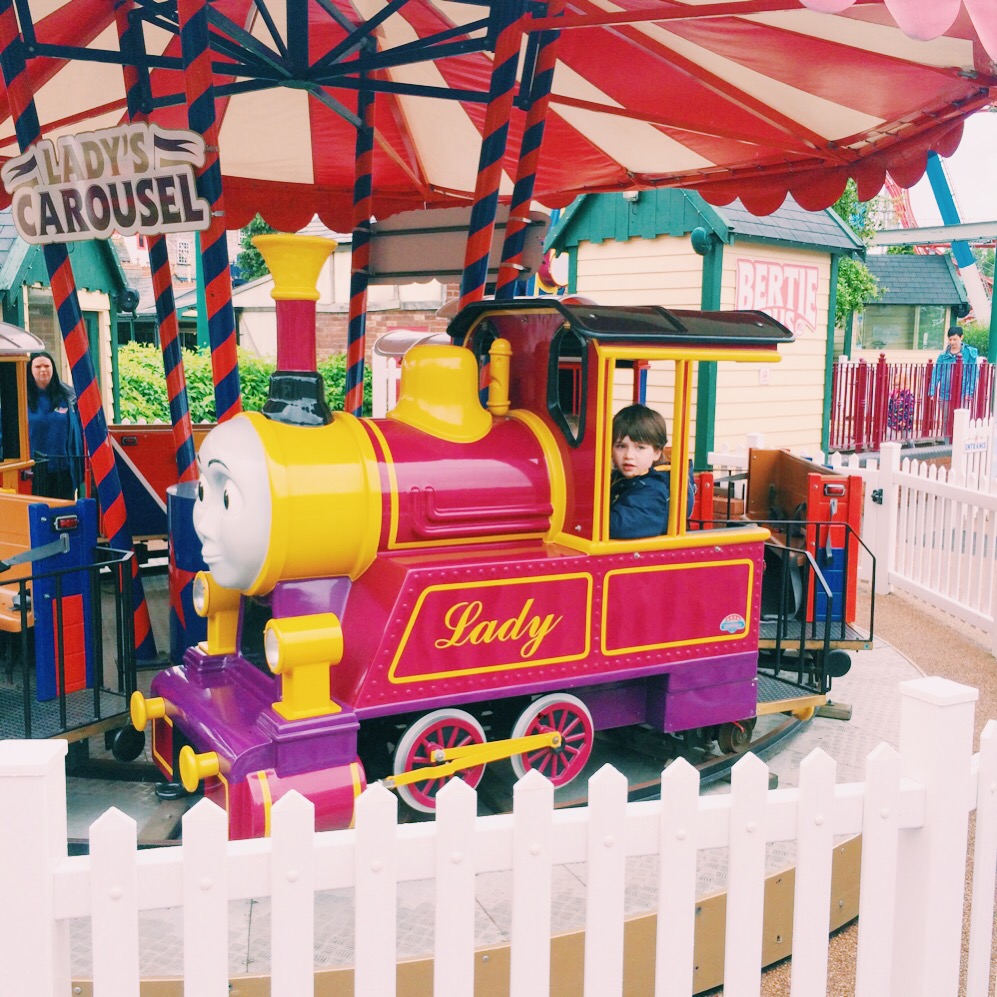 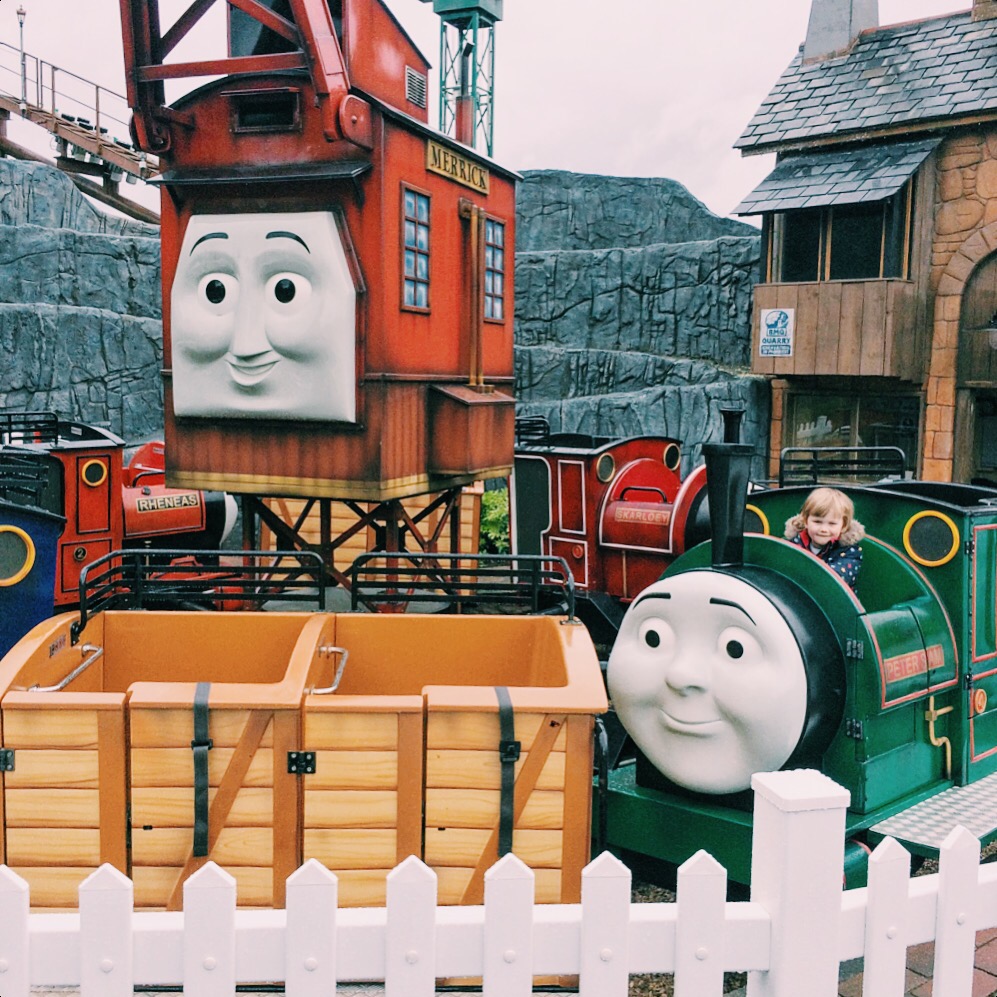 To give you an idea of what we went on, we trialled pretty much every ride in Thomasland, with the boys declaring their favourites in rapid succession depending on which ride they had been on last. Reuben took some coaxing to go on the Troublesome Trucks roller coaster but then decided it was his ultimate favourite and rode it three times. In succession. Toby preferred the more relaxed ride on Percy, which took you from the Zoo back to Knapford Station, the throbbing heart of Thomasland. This time we ran out time to visit the soft play area, but that was a firm favourite too when we have been before and ideal for parents who want to sit down, chill out or need to feed a hungry baby *waves*. The only ride the boys can assure you they hated with a fiery passion was “Cranky the Crane” because of the loud noises it made as it dropped the rider down from a 10-15ft height. It freaked them both out and they wouldn’t go within the vicinity again. 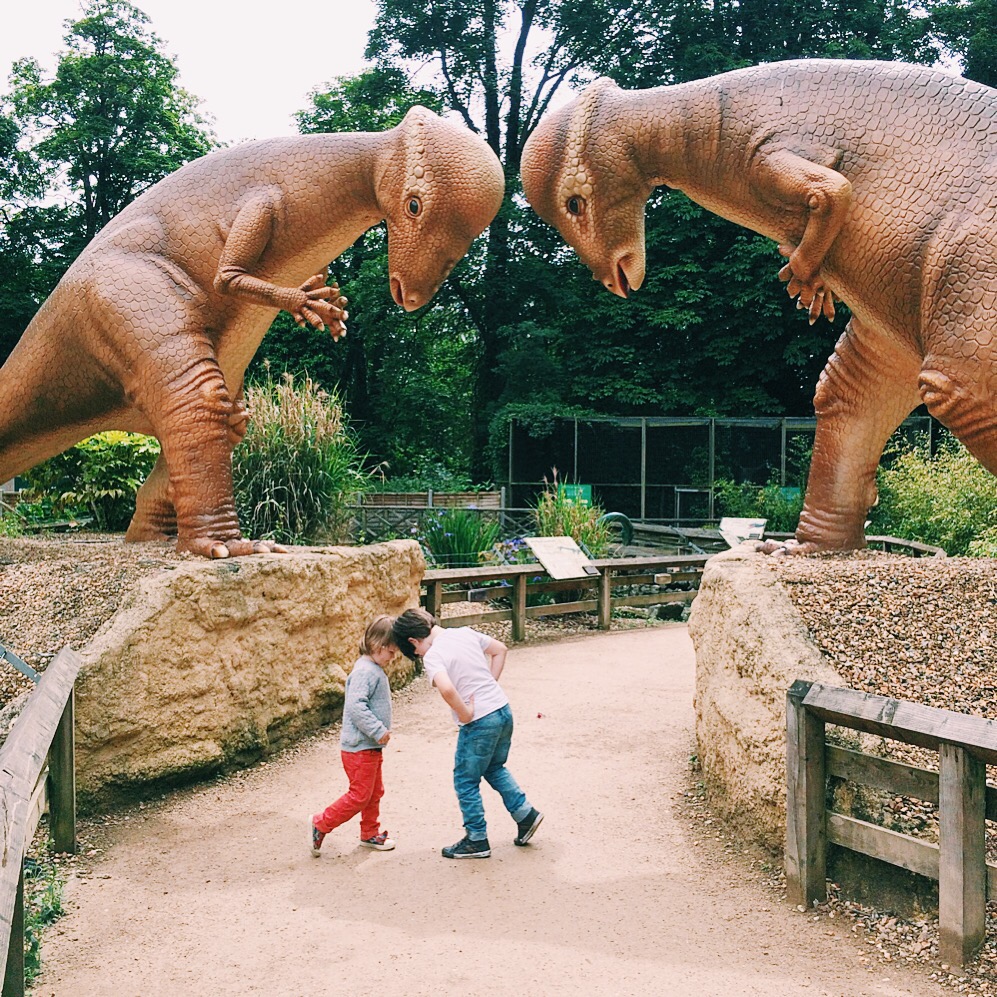 It’s not just Thomasland that appealed to my boys, there are arcades nearby and plenty of little rides that aren’t Thomas themed that are suitable for them, like Ben 10. There is also the Yogi Bear 3D cinema which they have refused to go into every time, an adventure golf area (something we’ve never tried because you just don’t have time in one day) and the zoo, which was the ultimate fun for Edith, who promptly jumped out of her pushchair and splashed through every puddle she could. I find the animal enclosures at Drayton Manor are a little unloved and forlorn looking. I like zoo animals to look like they are well kept and happy, and sadly this wasn’t the case with all of the animals there. The tiger enclosure has very little privacy and I thought it was pretty small for such a large cat, but then, a zoo is going to have it’s limits. In addition to the Zoo there is a massive Dinosaur area, which we just loved and all three of the kids learnt so much there.

For the older kids, there was plenty and this is really why I feel the Drayton Manor tips the balance of theme park awesomeness in it’s favour.

I am not a theme park kinda gal, gone are the days of feeling peer pressure to ride the “big ones” until I threw up whatever additive packed food I had shovelled in my teenage chops 15 minutes beforehand, but having three kids, I can see that I will soon be joining the back-patting parents of kids who have indeed succumbed to the “big rides”. There are plenty of big rides at Drayton Manor, especially for thrill seekers. 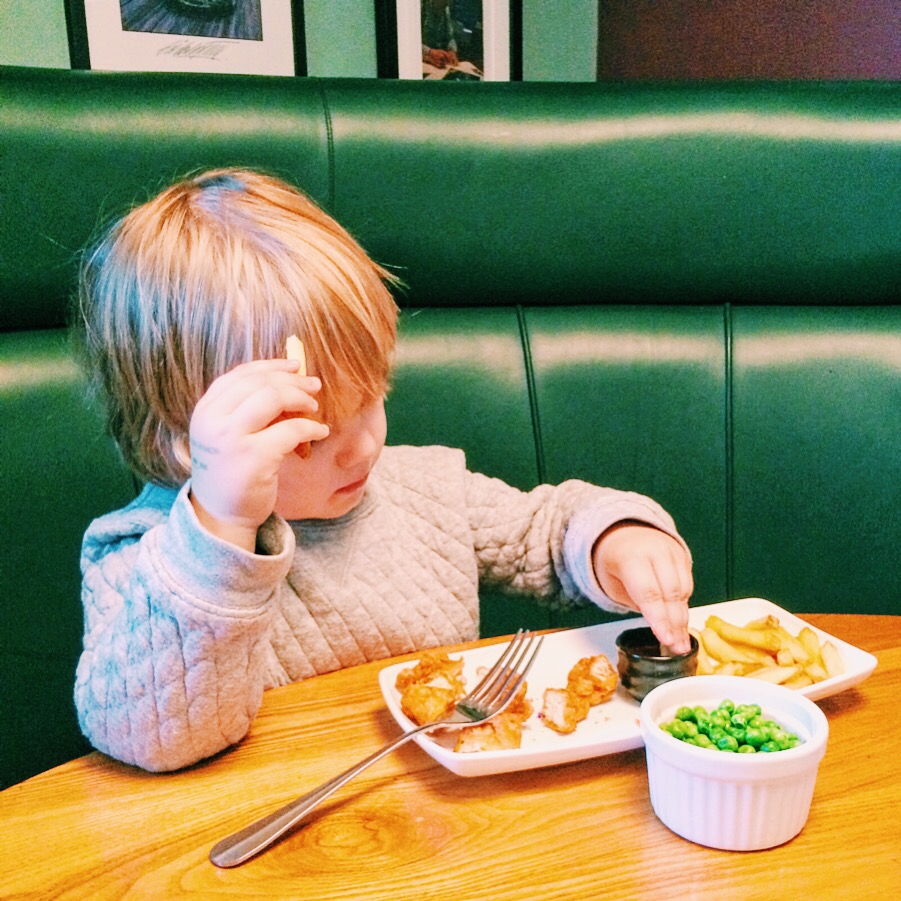 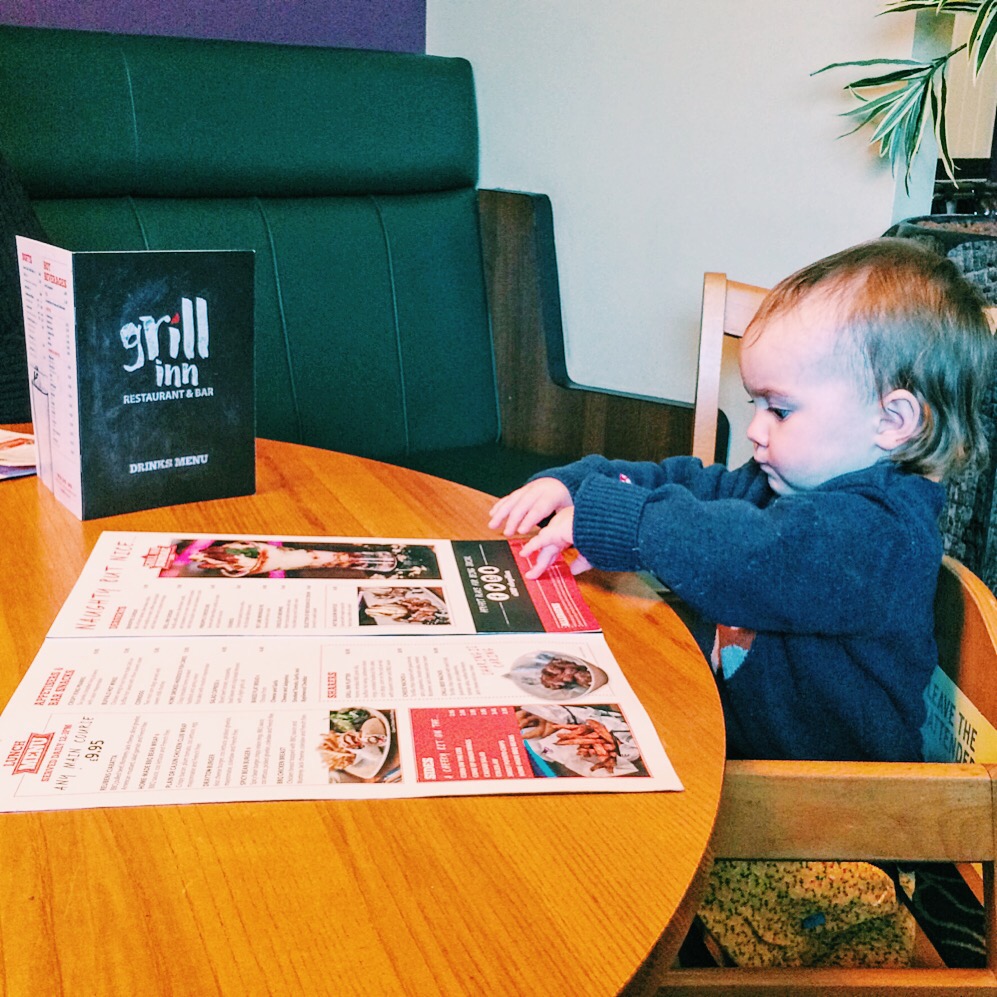 My only complaint was The Grill Inn, where we went to eat around lunchtime. The day we visited was clammy and wet, it poured with rain two or three times, so there was no way we were going to sit out in the rain eating food from a kiosk. Nope, we chose to enjoy a “proper” meal. To be totally honest, I wish we hadn’t. The food was nice but totally overpriced – though I expected that with such a captive audience – my issue wasn’t with the food, rather with the staff and their lax attitude. We were the only people in the restaurant when we went up but it still took 25 minutes to get drinks, and over an hour to get food. We ordered a burger, fajitas and 2 chicken nuggets with chips and peas because they were out of beans. Hardly the type of food to take so long to cook. The waiting staff were absent at best, and deliberately ignored you at the worst. I can honestly say I wouldn’t recommend eating at the Grill Inn at all, a total waste of time you could have spent in the fabulous theme park, not to mention £55 for a basic meal that would have no doubt been better or just the same at the burger bar in Thomasland.

So to summarise Drayton Manor in a quick way for those of you flicking through:

Friendliness of staff in the park: 4

Range of things to do: 5

Ease of pushchair use: 5

The Grill Inn Restaurant (out of 5, 5 being the best):

I hope this inspires you to give Drayton Manor a visit, it’s not just for Thomas the tank engine fans, but it is pretty awesome!