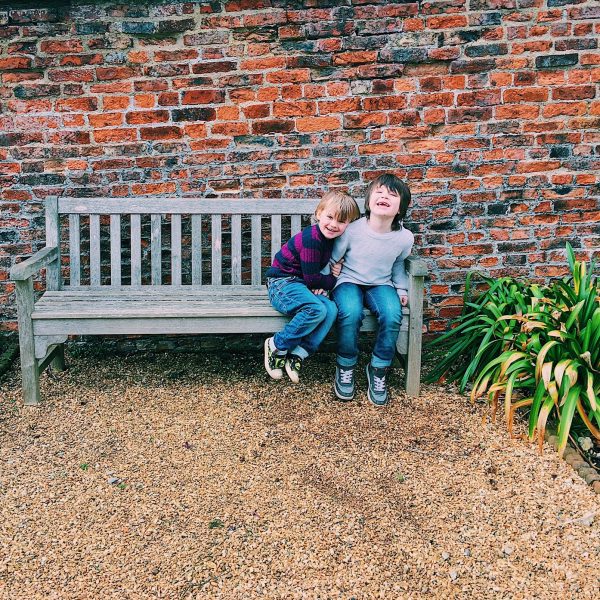 I love you with every fibre of my being. You are, without any exaggeration, my reason for being and without you, I don’t think I could continue through this world as much more than a shell, an empty vessel and there would be little light in the darkness that would engulf me.

Dearest darling children, I love you… but I do not fucking like you at all at the moment.

The last few months have been a rollercoaster of emotions and I don’t mind telling you that you are the soul reason for the majority of the lows. You’re also largely responsible for the highest of highs, the pride and the warm glow of joy I feel when I watch you sleep or I see you achieve something. Today has been the former, today has left me feeling – like an awful lot of days at the moment – like a kite that has been taken to the park, flown in high winds and then stomped on. Repeatedly.

I am a big believer in honesty, and honestly I don’t feel like being a mummy is the joy fuelled, love scented candle of ever lasting warmth that Pinterest made it out to be. Right now, I wake up in the morning (usually around 4.30am to breastfeed Edith and lie for an hour or two in her hard as concrete bed while she goes from nipple to nipple like a hungry scavenger out for some morsel) and I wonder exactly how bad today is going to be. I’m not worried about work, I’m not worried about my marriage, I’m worried and stressed about how hard being your mother is going to be. How badly will you be behaved and how little I will be able to cope with it. How much I will feel like a failure and like the worst mother in the world. How demanding Edith will be and how many times I will mutter “Will you just fucking leave me alone for 2 seconds”.

Reuben, lately, you’ve been doing what the experts call “testing boundaries” which is code for being a giant arsehole. You’ve been rude, deliberately obstinate and quite frankly obnoxious the majority of the time. Simple requests like “let’s do your homework” are met with what can only be described as the iconic dance move called “the caterpillar” but with a noise that would make mother Teresa want to tell you to shut the fuck up and get a grip. I know you’re not quite six, but dude, get a fucking grip. I feel like you’re punishing me for something, but I don’t know what. I can’t figure it out – I feel like I’m constantly trying to make it up to you, but what “it” is, I have no clue. We cuddle all the time, I tell you I love you at every available opportunity and yet still you manage to seize upon the weakness of every parent with more than one child and inform me that I love your brother or sister more. I don’t, I love you all equally in different ways, but darling boy, if you hold a float over your brother’s head in the swimming pool when you can see him failing about under the water, I’m going to lose my shit. It doesn’t mean I don’t love you, it just means you were being a twat.

Toby, sweetest boy, your singing in the car is Magical to me, and I would crumble if I could never hear you sing again, but sometimes, you drive me to the point where I want to pull my hair out and shriek shut the fuck up. Just shh. You don’t talk, you shout. Everything. And while psychologists would argue this is because you feel you aren’t heard, I would beg to differ, because it’s constant. It increases if I tell you Reuben wants quiet time or mummy is tying to concentrate, you ramp up the volume when Edith is sleeping and you do it because that is part of you. You are a loud, confident child… and I don’t want to change that. I just want some peace and quiet babe, that’s all. Just a smidge. It’s amazing how claustrophobic noise can make you feel. And when you are making silly noises, your sister is screaming and I can hear 3 abandoned tablets belting out random (always noisy) YouTube unboxing clips, I feel a bubble of panic rising in me. Also, stop winding your brother up and blaming shit on him, I’d probably try to drown you in the pool too if you CONSTANTLY got me in trouble – occasionally when I’d been doing nothing wrong other than playing with the colour Lego block you wanted.

Edith, I know you’re two, but did you have to embrace terrible twos with the same devotion as a Mongolian monk? Did you? Did you just suddenly wake up and think “mummy said she wanted to change her hair, lets turn this bitch grey!” I feel, in the heart of me, that you did. No one, absolutely no one, needs to be so demanding. You want boob, you want the right colour kindle, you want different socks, no socks, new socks, the old socks, no socks… WHAT DO YOU WANT??? Boob. Holy hell child, a part of me wants to shriek at you “Learn to talk so you can just tell me what you want!!” But I think if you do, your mannerisms will follow the same patterns: you currently have “Mine”, “Boob” and “no”… what more do you need to say? Also stop biting people and start sleeping, I think you’ll find that people are nicer to you when you don’t make like a chihuahua with rabies and I’ll certainly be nicer if I can sleep. Please. Just for a few days.

So that’s it really guys. I adore you, but right now, I don’t think I object if you’re grandparents wanted to loan you until you were 25-30.