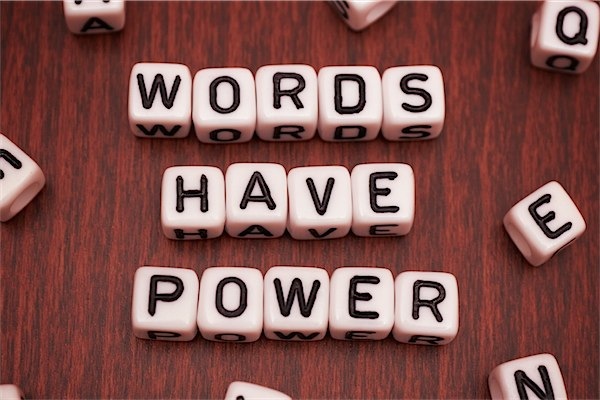 Oh for goodness sake Toby! Right that’s it, I’ve had enough of you” barks Reuben as Toby slams his dinosaurs down on the train track for the fifth time in a row.

As I’m sat watching this little scene play out, it has occurred to me more now than ever before how much the children really are like mini versions of me and Adam, and how what we say moulds them. That’s not to say that they repeat everything I say, I written before about my thoughts on swearing and children, utilising certain things to teach the principal of ‘do as I say, not as I do’ or helping children to understand that certain contexts are appropriate and others aren’t. No, I’m talking about the day to day things we say, the ones that I don’t want my children to grow up saying or believing in, but that are used daily.

Think for example of your classic gender stereotyping and bashing – it’s something that we can all own up to doing at some point in our lives. “Huh, typical man” when your partner forgets to do the dishes or “Well, what do you expect… Hell hath no fury like a woman scorned’ when you hear about a woman who has totally over reacted to something or spurned her ex lover (we’re talking Taylor Swift style here.) Seemingly harmless words or turns of phase that we all use, even if in jest, but do we wonder what our children will make of them? After all we are perpetuating a gender bias and stereotyping when we do it, and that is something that any rational and intelligent person wants to see come to an end.

Maybe that is reading too much into those phrases, but what about the more sinister and deeply rooted phrase like ‘Crying rape’. The phrase is supposed to be used for false allegations of rape, but it isn’t always the case. It’s often used as a pre-emptive comment, “she’s crying rape” instead of “she’s accusing him of rape”. Have you ever really thought about that phrase? Really truly listened to what is being said and the implications behind it? What sparked this post was a conversation I was having in the car with my mum last week. We were discussing a news story in the US of a woman who had falsely accused a man of rape and been heralded a ‘feminist hero’ by some and totally immoral coward by others. It doesn’t take a genius to work out which one I think she is, but I said to my mum, “It’s a slap in the face to any woman who has ever been raped, why would any sane person cry rape if it is wasn’t true?”

Then I took stock of what I had said and that old phrase. Cry rape. Remember the story of the boy who ‘cried’ wolf. He was lying right?

Let that sink in.

It implies a certain level of ‘attention seeking’ or falsehood doesn’t it? The very phrase designed to question the victim. Isn’t that atrocious? Have you ever thought of it like that? Do you ever here of anyone ‘crying murder’? How about ‘crying assault?’ No, even if the allegations of assault were untrue, it’s just not something said. In yesteryear rape was something that only a man would be accused of (we know better now, but take yourself back to 1930 and Ole’ Jim down the road was highly unlikely to admit being raped was he?) so this is another way of victim blaming and shaming women for being women. Did you know that amongst college students there is the ‘urban slang’ term rape cry, which is translated as:

“A loud high pitched squeal emitted by a college freshman after having sex with someone that they will definitely regret in the morning, followed shortly by seeing the thing that they fear most (i.e., spiders, creepy teddy bears)”
Person A: I can’t believe I just had sex with you.
Person B: I’m sorry, it’ll be okay, here, hug this teddy bear.
Person A: WAHHHHH WAH WAH WAHHHH
PersonB: No, don’t rape cry!
– Take from urbandictionary.com, you can look it up.
What the fuck? Now, you tell me what inspired that phrase? Who put the idea into the heads of young people that THAT fuckery was acceptable? We did.

When the kids grow up I want them to be well rounded and thoughtful individuals that can contribute to the world in a way that might *just* make it a bit better. I have started to really think about how I speak and the implications of what I say. Some of my words and phrases are deeply rooted in a patriarchal history and that’s where they should stay, a reminder of darker times when we didn’t value people for being people irrespective of their gender or race. I think its vastly important for us to look at our language and phrases and think of them in a child-like context – overthink it all if you will. Only then will we see the message that our words will carry to the future generations and only then will we be able to help them shape the future in a more positive and equal light.