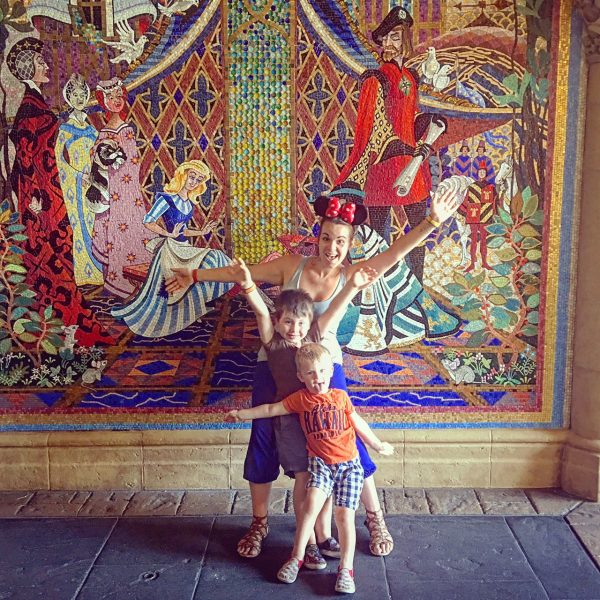 Jet lag has ever really been an issue for me, despite travelling to America a few times as a teen and the Caribbean as a young adult, I’ve always just brushed it off. I mean, nothing a bottle of wine and a day in bed with crap TV can’t solve right?

Unless you’re a parent, then you’re effectively fucked.

Going to America, we didn’t have many problems. The first night that we were there (despite going to be late!) the kids woke up at 3am and flat out refused to go back to sleep, though it wasn’t an issue as none of us were tired anyway! It meant chilling out in the hotel room, having a play in the bath and beating everyone to the park because, well by 8am it was practically mid day anyway. We came home around 1pm, had a 2-3 hour nap and then took the kids out again (despite protests they were too tired!) until around 10pm… job done. Next day we were up early but not dramatically so, and all was well.

That is always the case for going to the states though, and to be fair no one minds a bit of jet lag when they are so excited to be somewhere. Coming home is a very different story. Who is excited to come home and go back to work? Not only that, instead of feeling wide awake and full of beans, you are exhausted and left in a constant cycle of what feels like the world’s earliest wake up followed by a desperation to sleep at around 8pm, but a total inability to sleep until 1/2am even though you are SHATTERED. It sucks, and with kids, it sucks hardest of all because you can’t get em to bed, once you do they are over tired so wake frequently and then waking them up in a morning is like some kind of bizarre puzzle on krypton factor, but with potentially flailing arms and lots of grunting.

I know, I’m not really filling you with the “let’s go to America” vibes, but I assure you, it’s well worth it, it just takes time to recover.

So tips for coping with jet lag?

So those are my tips – just remember west is best, east is a beast. Don’t expect to come back from long haul and feel dandy, you won’t.