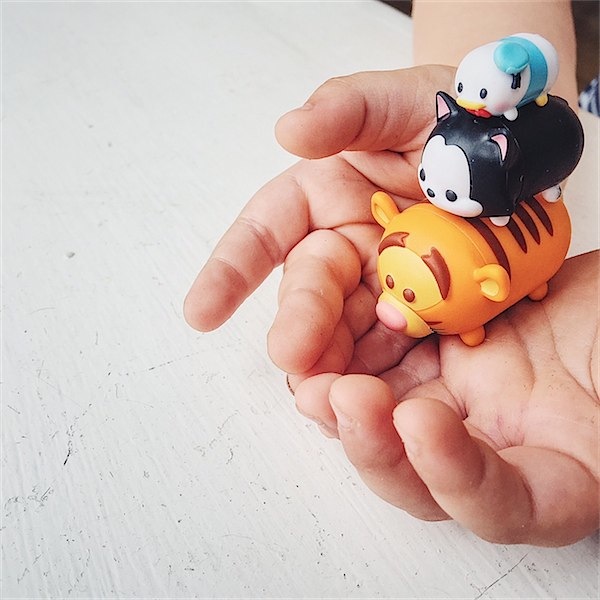 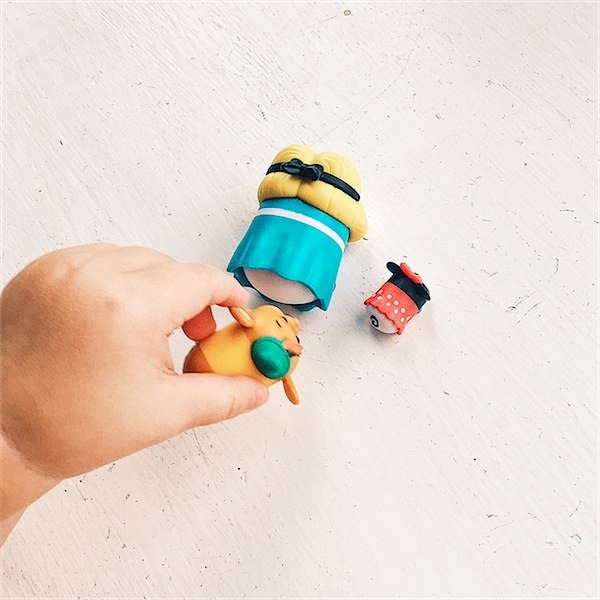 You know I love Disney. I love to support independent too but Disney will always be my boo.

Have you heard of Tsum Tsums? Of course you have! Just in case you haven’t they are super weird toys from Japan that come in all different Disney characters. They are utterly charming and have been a firm favourite of Edith’s since she was tiny. The soft toys are just the right size for her little hands to squeeze and pull without getting slapped in the face by dangly legs or arms and she seems to love biting and pulling at them. So when I saw that there are now little collectable vinyl figures, I knew it was only a matter of time before she was bouncing in the trolley and squealing for one like a piglet in a kangaroos body. 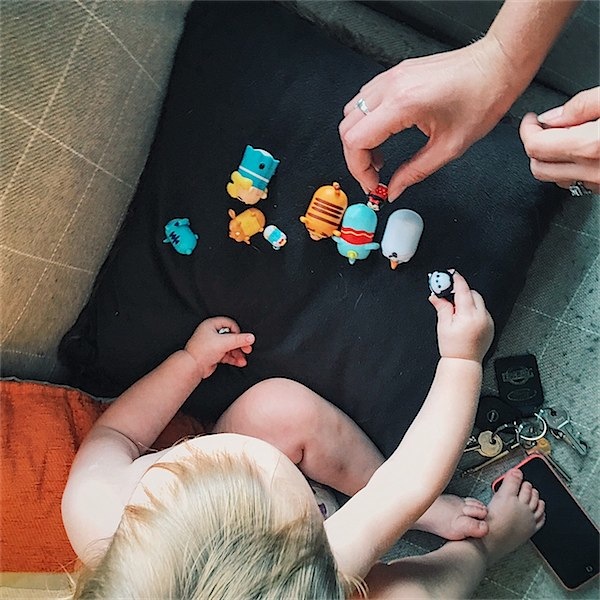 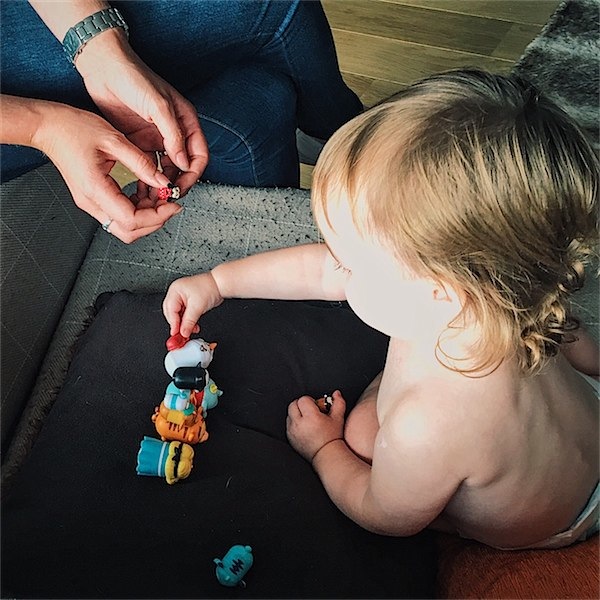 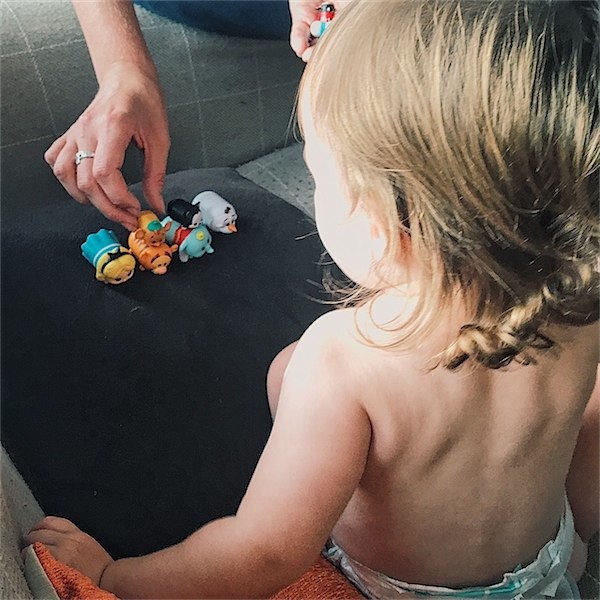 The little vinyl Tsum Tsum toys come in a variety of sizes and “kits” – a 3 pack with one tiny, one medium and one large stackable Tsum Tsum, and a 9 pack which is just all levels of exciting.

Admittedly what started off as a fun and cute gift for tiny Edie has become a bit of an obsession for everyone in our house – especially for the boys since the arrival of these vinyl characters. While Toby adores soft toys, these seemed too small for him and never quite piqued his interest, and by contrast to Edie and Tobes, Reuben is ambivalent to soft toys (other than his beloved Harold, DO NOT mess with Harold) oft was totally uninterested in swiping his sister’s Tsum Tsums. 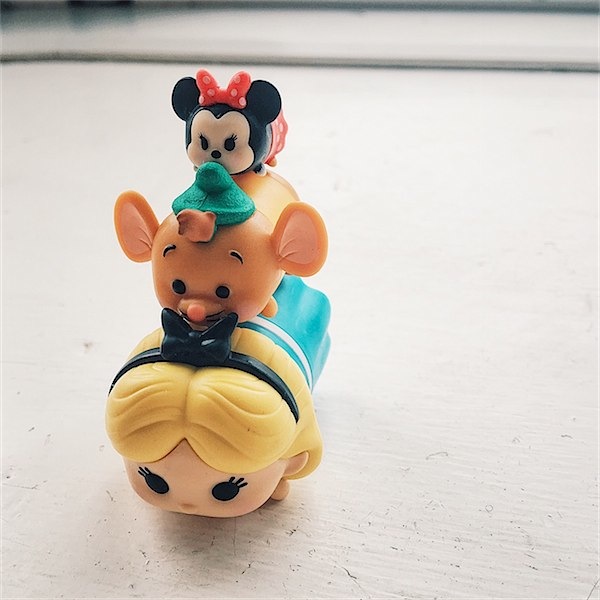 Totally different story with the vinyl characters. Our Tsum Tsum friend’s have been run over by over enthusiastic Thomas the tank engine trains, blasted by transformers and even dunked in the bath, only to be rescued by Finding Dory and her pals. The varied life of a Tsum Tsum ey? 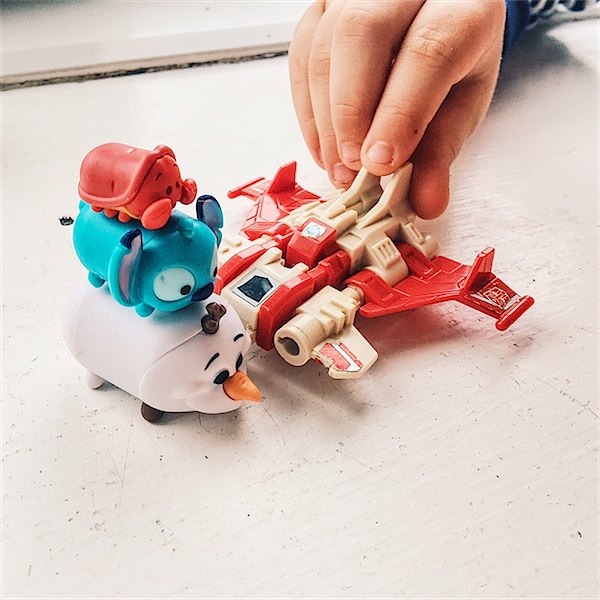 The toys are aimed at ages 6 and above (in fact, it says so on the packet) and while the mini ones are too small to allow Miss Edith to play with them, the large ones are the BEST little toys for her to hold, kiss, chew, bash and throw. We have decided to wrap up the large Tsum Tsums for Edith to take on the plane (remember my post about entertaining children on the plane?). These will keep her entertained, be big enough that she can’t hurt herself or choke on them and, most importantly, didn’t break the bank if she manages to drop one and loses it. Considering the other options were mega rare Disney princess dolls and Maileg mice that require a mortgage on their own, I’m happy to go with vinyl Tsum Tsums.

The rest of them? Well, if the boys haven’t fed them to Yoda before we go they will be sat awaiting our arrival, out of reach and stacked as they should be, on Edith’s bedroom shelf.