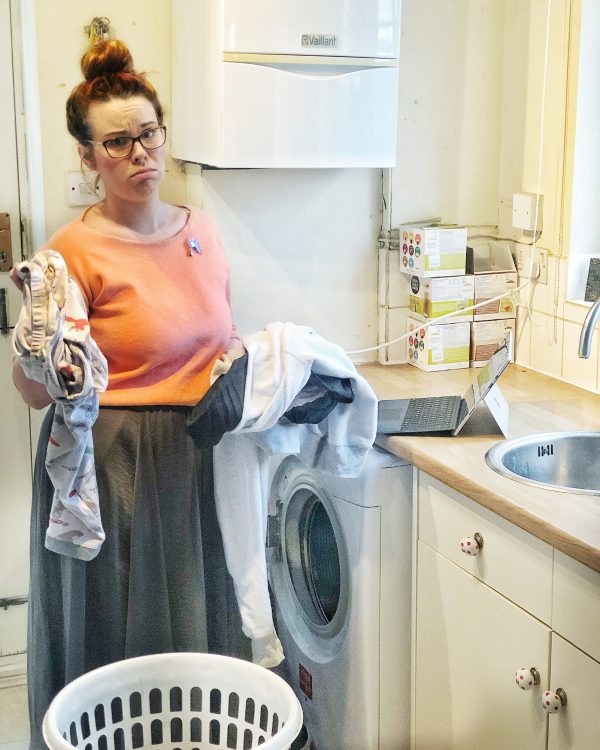 We had a bit of a debacle with Edith and potty training through the night. The short story: She decided that she was ready to sleep with no nap-nap (nappy/diaper) and I disagreed… as did the COPIOUSLY washed sheets and washing machine.

Long story for those who like a wee bit o’background to a blog post… Edith went up to my in laws house and I didn’t put any nappies in her bag because I thought they already had some up there – turns out, they didn’t but my MIL assumed that meant Edith was dry on a night and just popped her in bed – where she stayed dry all night. Despite this we put her in her nappy at home and got away with much protests but at my in-laws they decided to stick without because if she could do it why not? Well why not is because she then came home all sassy and pissy and wouldn’t put her nappy on. Hence, debacle at home with the night time potty training. It took a time and I simply couldn’t work out WHY she was dry up there but not here – turns out a few psychology boffins that follow me on IG could answer this one – she wasn’t in as deep a sleep when on a sleepover because she wasn’t as content as she is in her own bed, where everyone sleeps best.

The other thing to note here is that bed-wetting and being in pull ups until the child is much older is perfectly normal. I really think we rush kids here, we try to encourage them to get sorted so early but really it’s not an issue for them to still be in pulls up until they are older and it doesn’t become something that you should worry about until the age of around 7-9 apparently! So if your toddler has been put in the position Edith is in then fear not – it’s perfectly normal for them to bed wet. Ask your GP if you are at all concerned about your child and want medical advice.

So what did we do about it and what are our tips for bed wetting and potty training at night.

And those are my tips! It’s still a work in progress here, we’re still not dry every night but there is now no worry about the sheets, the arguments and squabbles with her and we’re feeling much happier!