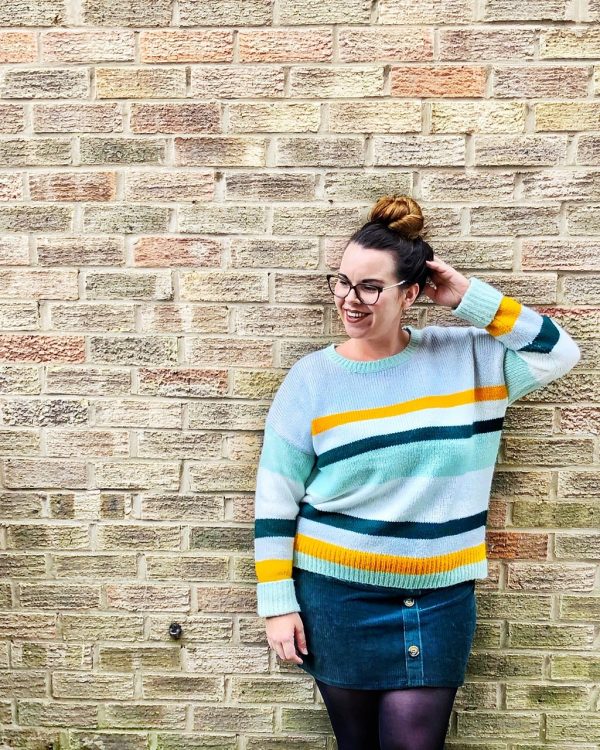 Reading is still my all time preference as a hobby, for me it totally surpasses a TV programme or movie. I love to read, but it’s also something that you get interrupted from constantly when you have a busy household, something that you might think you have a minute to do but, in fact, someone is just waiting for you to pop your arse on the sofa and look cosy so that they can take their nappy off and run free around the upstairs with wild abandon leaving you playing an extreme version of scratch and sniff for days.

Anyway, back to reading – I have a tendency to go off on a tangent, I would apologise but I think it’s purely because my trains of thought are so often interrupted I have developed a self interruption mechanism. SO books I’ve read and loved lately, I figured as it’s getting colder, more and more of us will curling up in front of a nice toasty fire with a book and I have a few solid recommendations that I absolutely have to share!

Let’s get to it: Books I’m recommending this Autumn!

Read for: Something different.

Don’t read: If you have psychological trauma or suicide triggers.

Yes, I realise that your brother, sister, sister’s girlfriend and their dog have all read this book. Every work colleague has raved about it and insists it is the most life altering book and simpers that you simply *must* read it. YOU MUST! Well, I’m kind of the less enthusiastic version but still declaring that I reckon it’s worth a read. I loved the book, I fell in love with Eleanor and I really, genuinely wanted to know more about her. I subtly hope that there is a second book so that we can see her progression through life. That being said this was a really good book, a really enjoyable book and unlike any I have read before but it wasn’t life affirming or altering like a lot of people make out. The plot was, from my point of view, fairly obvious. It seemed to me from the beginning that I knew what was coming, however I didn’t really seem to care that I knew or that it was obvious because I loved Eleanor all the same and just wanted to know what would become of her. I would highly recommend it, especially if you are looking for something out of your usual genre as this really doesn’t have a genre… it’s just different and that’s usually good when you are a prolific reader.

2. The Tattooist of Auschwitz by Heather Morris

Read for: A deeply emotive but genuinely beautiful book that will move you to tears. It’s one of the most beautiful and horrifying love stories and tales or human perseverance I have ever some across.

Don’t read: If you struggle with sad books, this isn’t for you. If you find topics of genocide or historical atrocities too disturbing then this is not for you. The title is a clue really.

This is a true (and possibly unlikely considering the horrific setting) story and it has been one of my favourites this year. There were times when I smiled because it was beautiful and a reminder that even in the most atrocious times our world has ever known, there were good people, people who did more than they needed to and risked their lives to just be kind. There were times when I had to put it down because the reminder that this was a real event and indeed a real man recounting his story in Australia to a journalist so that she could tell it after he passed away was just too horrifying to bare. It is not a light read. It is not a book that you will make it through without questioning your own morality in situations but it IS a love story, told by an everyday man. Just read it.

Don’t read: if you don’t do well with gory crimes or you want characters that you can really sink your teeth into.

There are four books in this murder series (Dark Murder, Dark Houses, Dark Trade and Dark Angel) and I have to say that I wasn’t as impressed as I usually am by Durrant. I read them with a high expectation, I’ve read most of her other books and all of her Calladine and Bayliss series and really enjoyed them so I sort of thought I would get a kick out of these (especially as Greco turns up in a few Calladine books) but alas, I didn’t love them as much as I hoped. Greco is a more complex character but there was just something a bit more blah about him (technical term) and I never really connected with him or the other characters. Throughout the books I also felt like if Greco had been female and one of the other lead characters Grace had been male we would have been reading about a sexual harassment case instead of just “she likes him and makes it obvious”. I didn’t really rate these as much HOWEVER the crimes are, as always, really intricate and bloody brilliant. Especially the final book – frankly it’s the first time in an exceptionally long time that I haven’t seen the twist coming. Worth a read but absolutely not un-put-downable.

4. This is Going to Hurt. Secret diaries of a junior doctor by Adam Kay

Read for: humour or if you like reading accounts of someone’s life. A blunt and hilarious, yet often sad too, look into the world of the medical profession

Don’t read: if you have a trigger for baby loss or miscarriage.

I was addicted to this book, I literally shunned work for this and sat my arse down to read between cooking dinner and vaguely typing on the computer, I just bloody loved it! It’s such an honest accounting of his experience as a junior doctor and hospital life – some of it is horrifying, some of it is sad, some of it is just down right hysterical. I honestly, truly hope that Kay writes another book just filled with stupid shit he’s seen people do or say over the years, it may be thicker than LOTR. I don’t want to give too much away but I really think it’s a book that you need to read and a book that will give you a new found appreciation for the NHS. As someone who doesn’t pander to the current trend of hollering “I love our NHS” at the top of my lungs every day and has occasionally, especially when I was so frustrated with Toby’s operation having such delays, mutter to Adam that I can understand why American followers keep telling me that they would be seen, reviewed and treated whilst I was still dying in my waiting period. This book, if you have the (misguided) illusion – like I have on occasion – that private healthcare is the way to go because our system seems so flawed at times, will knock all of that bullshit right out of your brain and have you wanting to hug every doctor that you meet just to say thank you so much for all you do.

Those are my four recommendations! Next on my list are Discovery of Witches trilogy – living for the series – and Little Fires Everywhere which has been recommended to me!