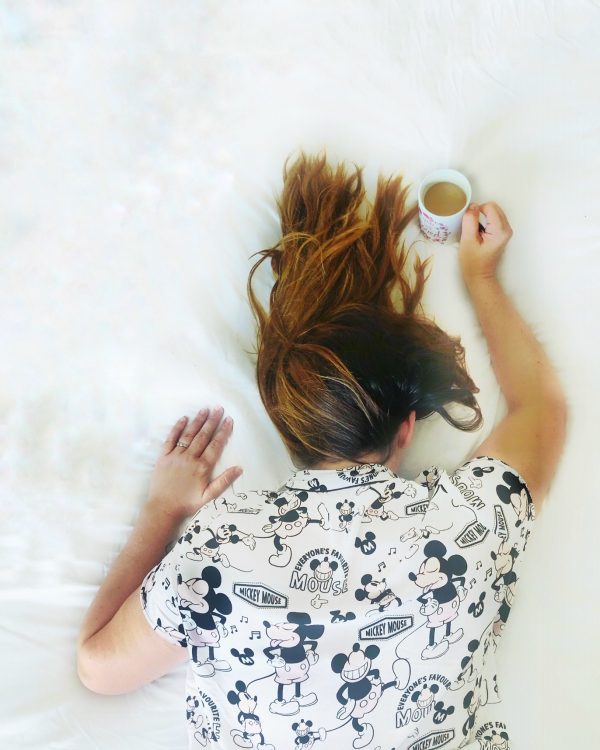 Opening my eyes slowly, trying to force myself to believe that it was just a dream, that I’m safe, the children are safe, we’re all ﬁne. Fine is something that I will tell people I am for the next few days but I’m not, the lingering sensation of abject grief or fear is loitering at the back of my mind, like my brain has been pumping iron and created its own muscle memory. Memories of something that never occurred but felt so real it was and is overwhelming.

I wouldn’t consider myself a huge suﬀerer of adult nightmares, they are crushing when they want to be but they don’t come every night, they don’t invade my soul all the time, but when they do I ﬁnd them so damn debilitating. The very worst ones are always linked to something that is possible, however unlikely it’s possible. It’s never a vampire or a horror movie scene, as scary as that might be, I could cope with that. I could open my eyes and know that my brain had been skipping days at the gym because the memory would fade almost straight away, sometimes even met with a chuckle and “how silly”. No my nightmares are intricately linked to a web of anxiety and intrusive thoughts that plague me by day, but they aren’t overwhelming like the nightmares. Cheating husbands, one of the children going missing, one of the children being ill or worse. Last night was the “or worse”.

When I’m locked in a really bad nightmare I ﬁnd that it drags, like a low budget movie, I’ve only been asleep for a maximum of 5 hours and yet the nightmare spans months upon months of despair or fear. Toby being ill, Toby not making it, Toby coming back as a spirit that only I could see that eventually I had to let go of because everyone was telling me I’d lost the plot. See what I mean? Intricate, excessive and bizarre but just enough rationality – it’s always possible that one of our loved ones could die, we never know, it’s always possible that a mother whose child has passed away could imagine him with her still. It’s a breakdown beyond a death. It’s horrifying.

When I wake up I feel myself torn in between reality and the dream. That fear and stress lasts all day, sometimes longer, it brings me to tears and makes me feel horrendous. What I can’t pin down is that there is no rhyme or reason for nightmares in my case, I don’t have to be overly stressed, I don’t have to be unhappy or have seen something disturbing on tv. It’s not a food I eat or something that I’ve been drinking. There is nothing that the old wives tales tell us to avoid that causes my nightmares, they just creep up and BOOM. They are there.

Beyond the nightmare itself is the reaction of those around you, after all, I’m nearly 30 now, it’s about time I learnt that it’s *just* a dream right? Anyone you speak to will tell you that “oh yes, nightmares are rotten aren’t they?” and then that is that; there is very little understanding of how very hard they really can be and how they leave you feeling. If you tell someone you were ill in the night they would ask you if you are alright now, which of course, doesn’t happen when it’s a nightmare, it’s assumed that you will be.

My own nightmares are one of the reasons that I never play down the kid’s nightmares and I always ask them to tell me what they dreamt, explain to them and reassure them that it won’t happen and then curl them up with me in bed for a cuddle. I’m lucky that Adam tries to do the same with me knowing how they can aﬀect me, he’s never once complained if I have woken him up at 3am with a nightmare, but I feel like I’m genuinely lucky in that.

Do you suﬀer with nightmares?