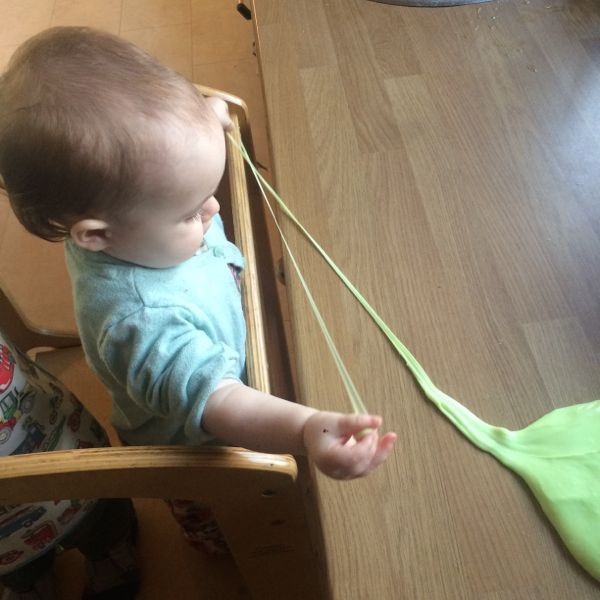 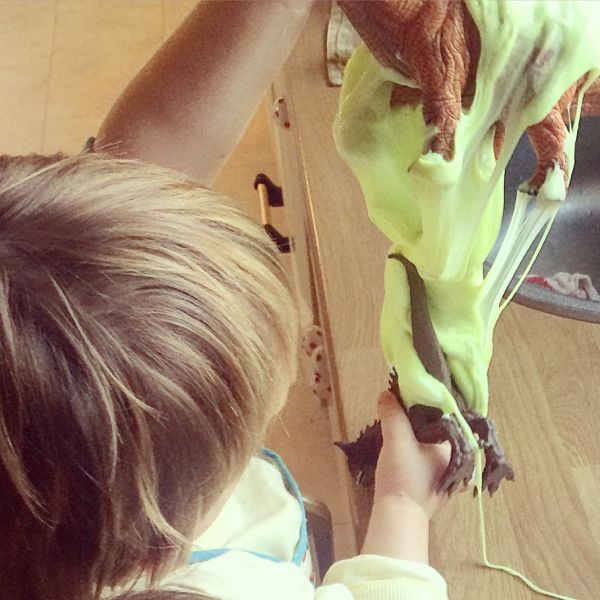 ***EDITED :: I’ve had such a mix of positive and negative comments about this recipe, so in order to make this easier, I’ve made a video tutorial which you can find below or head to my YouTube channel for more!! I get daily tweets, Instagram mentions and messages on here to tell me this has been super fun and seemingly equal amounts for people it hasn’t worked for BUT if I could just point out that I have only shared (in both video format and written) what has worked for us – frequently – and I accept NO responsibility for it not working for you and can only say I really hope it does but won’t be made to feel bad for trying to share something fun by people telling me I’M responsible for making their kid’s cry.***

You remember that putty like stuff that you used to play with obsessively as a child? The one that literally EVERY party bag ever known to man contained? Well, you can make it with just two ingredients and one of them I’m willing to bet you already have.

I keep seeing these amazing slime recipes from on Pinterest, but they have all been done using US products that cost a fortune to buy over here or are just plain hard to get. Borax? No. So I was pretty much skipping when I discovered that the amazing Asia from Fun At Home With Kids has translated her super popular slime recipe for us Brits. You can imagine I was even more excited when I realised that the ingredients are available at Aldi (yes, the super cheap supermarket) and cost about £2. We have been playing with our slime pretty much none stop and the boys have been begging me to make some more. Even Edie got in on the action!

It’s such a good sensory play tool, like play doh but more fun because it’s gross and what toddler doesn’t love that.

Here’s what you need:

For each portion of slime you want roughly 250ml (10floz) of glue. Pour the glue into a bowl and add a teaspoon of the bio gel. Mix it up and add more gel, teaspoon by teaspoon until you can knead the slime/putty without it sticking to your fingers. If it does stick it should peel away when you touch it to the blob of slime – just like the stuff we used to use. We added some food colouring to ours too to make Reuben’s favourite colour, yellow. 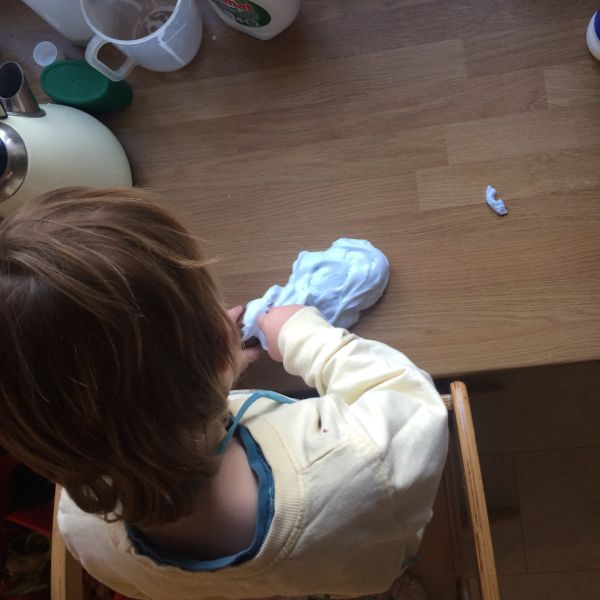 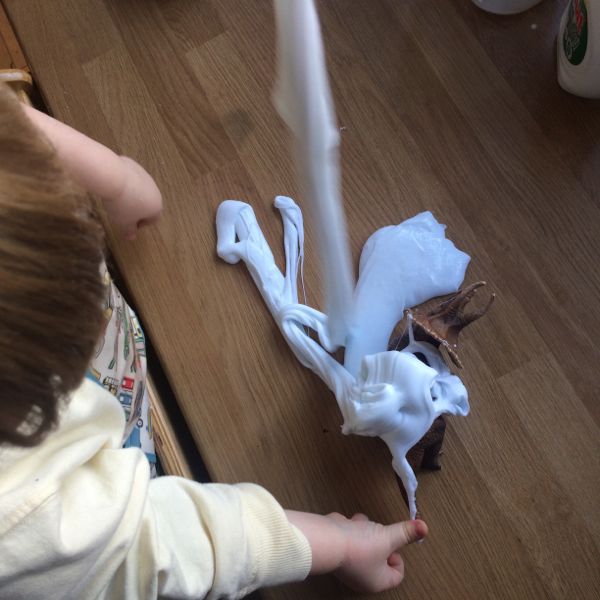 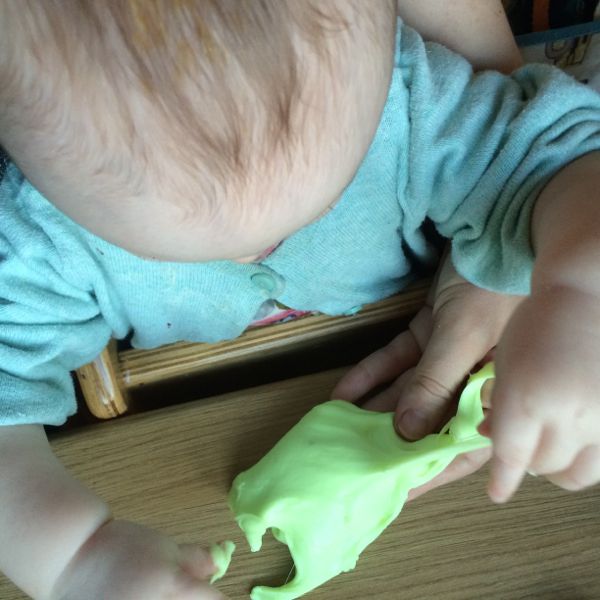 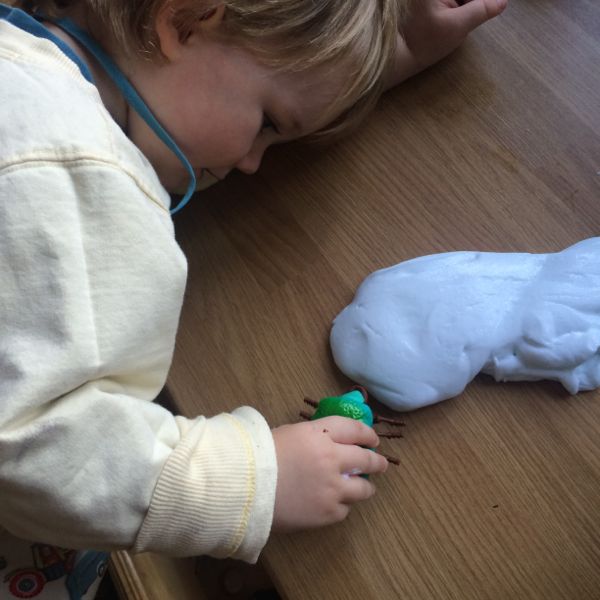 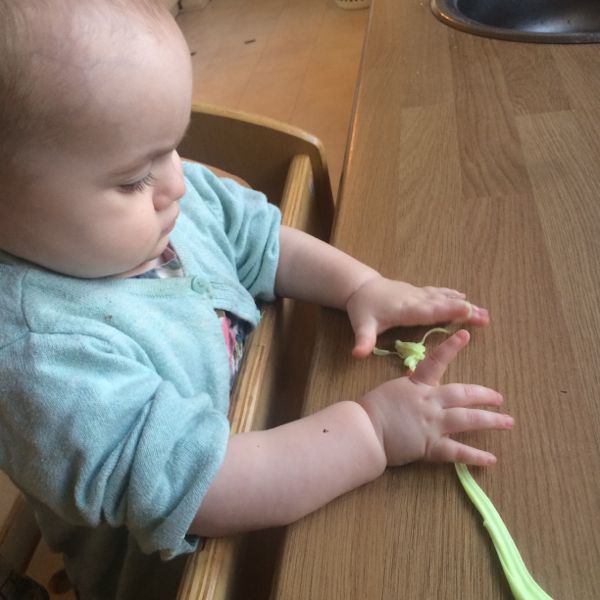 This is just so easy. It’s the ultimate in an afternoon of sensory fun – plus it’s not toxic so you don’t have to worry if your little one tries to eat it (though it’s vile and 100% not advisable – it is unlikely to make them really poorly… Think washing your mouth out with soap!) Toby spent hours coating his dinosaurs and animals in the stuff, and Reuben couldn’t get home fast enough after school to have a play. The only thing I would say is be careful that the kids don’t get it on their clothes if you are going out or anything – while it washes off easily, it sticks quickly, not unlike play dough. Lastly, it sticks in hair, which we discovered after Reuben decided to splat some on Edie’s head. Who wouldn’t love a big brother?!

Had fun with this post? Maybe it didn’t work for you? Try my 2018 FLUFFY slime recipe using 3 ingredients here!! 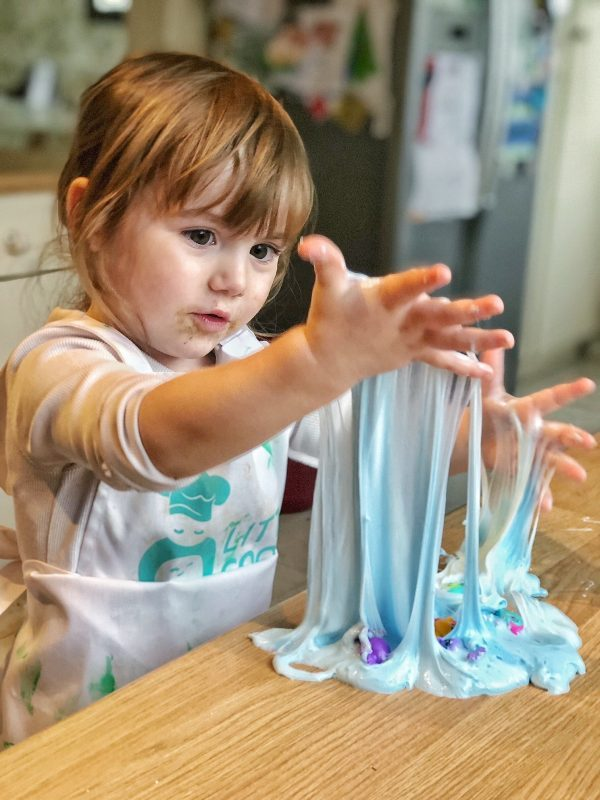