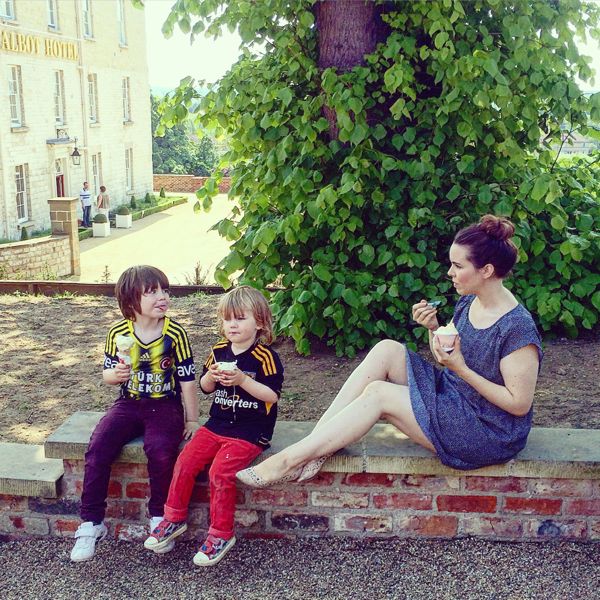 Argh this is a real bug bare of mine. I have a friend who will often come out with “I don’t want anymore children, we just can’t afford it, and I don’t want my kids to go without because I have three instead of just two.”

Sigh. I am stood right here. With my THREE kids.

I have to say “we can’t afford it” is a phrase that really annoys me. It is so presumptuous, don’t you think? Firstly, it presumes that those with large families either earn big bucks or are on benefits so they can “afford it” and secondly, it assumes that multiple children households get less or do less with/for their children… Something that is simply not true.

Now, I’m not blind or stupid (no matter what my husband would have you believe upon occasion..) so I am well aware that with more than one child, prices for big days out get HIGH. Food prices can go up… especially if you have one child who has a a predilection for mango chunks, seriously, mango? We couldn’t just eat bananas and apples like all the other kids?! I digress.

I’m not doubting that prices and costs go up, but I also think it’s about how to you live and how you manage things. Getting savvy is not something that is impossible with a big family. You might be paying for a martial arts class for one child, but with two, three or more you’re multiplying your costs. On a logical level I can see why people would come out with “we can’t afford another one”, but the truth is, who the fuck can afford one?

The average cost of raising a child from 0 to 18 is astronomical, more money than the vast majority of people ever dream of seeing, yet they are spending it every damn day. You probably aren’t a millionaire (if you’re reading this and you are, we could be good friends…) but you will almost certainly have earned, spent and withered away over £1,000,000 smackaroos in your lifetime so far without ever knowing. I know I inadvertently spend thousands this year alone – thousands I don’t have… but on my mortgage, my kids, my dogs, myself and day to day living. Work it out, if your food bill comes to £120 per week (average living cost for family of 4) that is a huge £6,240 and it doesn’t take into account the holiday bills such as christmas food, the days you want a treat, take outs… it’s not a stretch to see that climbing to £10K easily over a year but you would never know. Having a large family does increase your costs, but it doesn’t mean you are rich or that you are on benefits, nor does it mean that your kids miss out. It means you adapt.

Take for example a family day out. Your friend is taking her one or two kids to a big theme park at the cost of £115 for a family of four. You take your family out to a national park, at the cost of £8 per car. Your friend’s child is enrolled in 8 classes and 2 summer camps and has the gear for everything, your large family is involved in park games, family learning and maybe one sports club. No one in either of these scenarios is missing out, they are just different. Just following a different path and enjoying a different lifestyle.

I remember being pregnant with Edie and being told by a colleague that I wouldn’t be able to have anymore without moving house, after all that was all my bedrooms take up, and the kids just wouldn’t have enough space… Erm… No. Have we not heard of sharing? Did you know that if a child doesn’t have his/her own bedroom it automatically puts the family under the poverty line? What a load of bollocks! Often it’s a choice, one that my boys in particular would be heartbroken if I took away. Sharing a room doesn’t mean you have too many children, can’t afford another one or any of the above. It’s simple a different lifestyle choice. We have become a society who thinks only of money, but rarely sees the bigger picture. I can’t tell you how many times I’ve had to correct people who are stood there slagging off the hit TV series “17 kids and counting” because they are scroungers… actually, they aren’t. They earn their own money, pay out of pocket for their own kids and own their own house with a mortgage and everything, lucky devils. They work hard to sustain a lifestyle they chose and will adapt to make sure that the “big family days” don’t cost as much but will be worth it all the same.

So, next time you think to say to someone with more kids than you, or a large family “I don’t want to have anymore children because I can’t afford it”, think. Your child is not an investment, a franchise or placed with a monetary value. You can almost always “afford” more children, because no one can really “afford” one child nowadays, but you may not wish you alter the lifestyle that you have to do so – and that is fine, but don’t make other’s feel bad because they choose a different path.