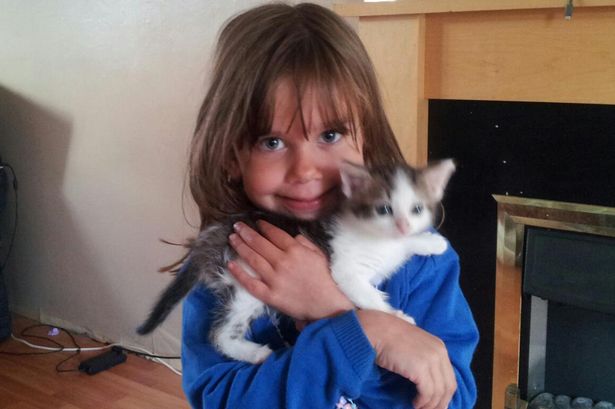 I am not usually the type of person to get particularly upset by “news”, in fact, I’m a down right apathetic person at times, especially when it comes to the murder and mayhem that the BBC seem to thrust at me every time I check the app. It’s depressing and I’ve always maintained that getting involved in other people’s grief, crying over something that happened on the news or joining in with remembrance threads on facebook when you didn’t know the person is really just a means of voyeurism and so unnecessary. I don’t #prayfor on twitter and I tend to just talk about it with friend’s or family on a “oh isn’t that sad” level, but rarely do I feel any deep sadness.

And then there is Katie Rough.

If you haven’t heard, Katie was murdered last week – with a 15 year old charged for her murder , two weeks after her parent’s wedding where she was a bridesmaid. This happened in an area that is 20 minutes from my home, an area where little happens and scandals sleep. Katie was 7 years old. 2 years older than Reuben but young looking for her age, and perhaps its just the way that the media have portrayed her with clever choices of pictures, but she looks fragile and innocent, like all young children do. She was collected from school and it is believed led to a park behind the family home, slit her throat and left her face down in the mud for her mother to find her, still alive and dying.

I suspect that is why this has upset me so; the proximity to home, the heartless nature of the murder, that the murder was committed by a 15 year old rumoured to be a relation. The fact that this child is so close in age to my own sons. The fact that her mother found her, not dead yet dying and could do nothing. The whole thing has left a sadness across the community, and yes, life moves on with little thought for the 9 day wonder that was a little girl who was brutally murdered, but there is still something that will remind you, in the way that the Saddleworth moors will forever give me chills every time I pass.

Life is a sad thing, it’s brutal and coarse, and I suppose this event has made me take a step back and really, truly appreciate the things I have. I feel like I sigh too much, shout too much and generally allow day to day frustrations to get in the way of expressing my feelings to my children. When I think of that poor little girl all alone, cold and frightened, it breaks a small piece of me and with it being so close to home, it reminds me that it could happen anywhere, at any time, to anyone.

It’s all a privilege.